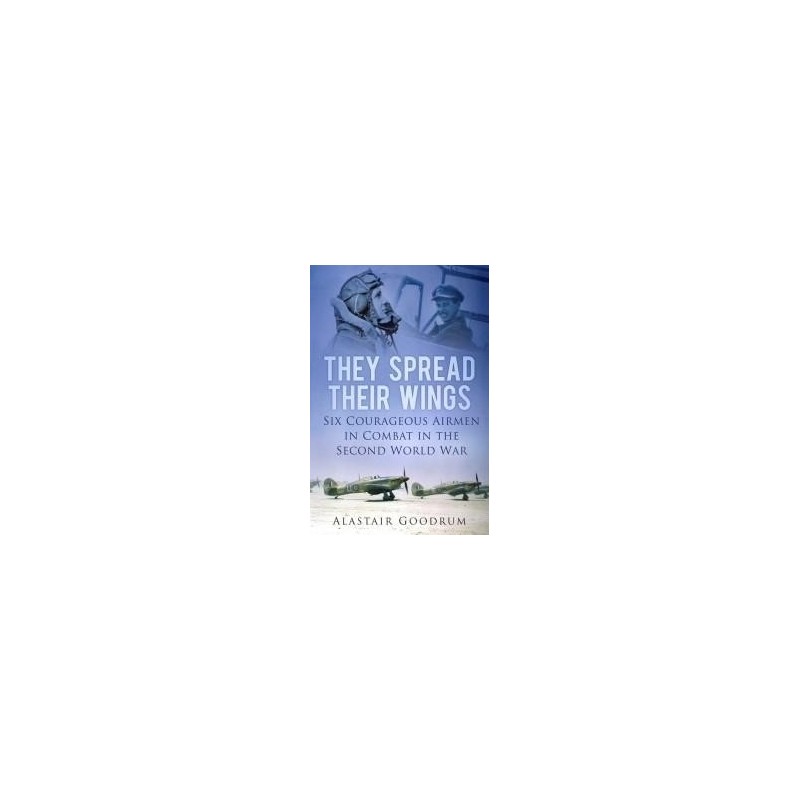 THEY SPREAD THEIR WINGS. Six Courageous Airmen in Combat in Second World War.

What turns an ordinary man into an extraordinary one? The answer lies in the stories of Fg Offs Howard Clark and Jack Cheney, Wg Cdr Walter Dring, Flt Lt James Crampton, Sqn Ldr Kenneth Summerson and WO Arthur Edgeley: teenage volunteers for wartime aircrew who exchanged school uniform for Air Force Blue and took a giant step into the unknown. This collection of true tales describes training for those coveted Wings: the nervous excitement of that first sortie over enemy territory: and flying into the hell of an enemy flak barrage and fighters. Some of the brave characters revealed in this book get home safely but some are shot down and experienced hardship, adventures and dangers. These men experienced action under enemy fire, wounds, burns and crash-landings, escape and evasion in occupied territory and the privations of life as a POW. Seventy years on, and these brushes with death are by any measure hair-raising adventures that turned adolescents into men - some of whom returned home safely while others paid the ultimate price.

THEY SPREAD THEIR WINGS. Six Courageous Airmen in Combat in Second World War.