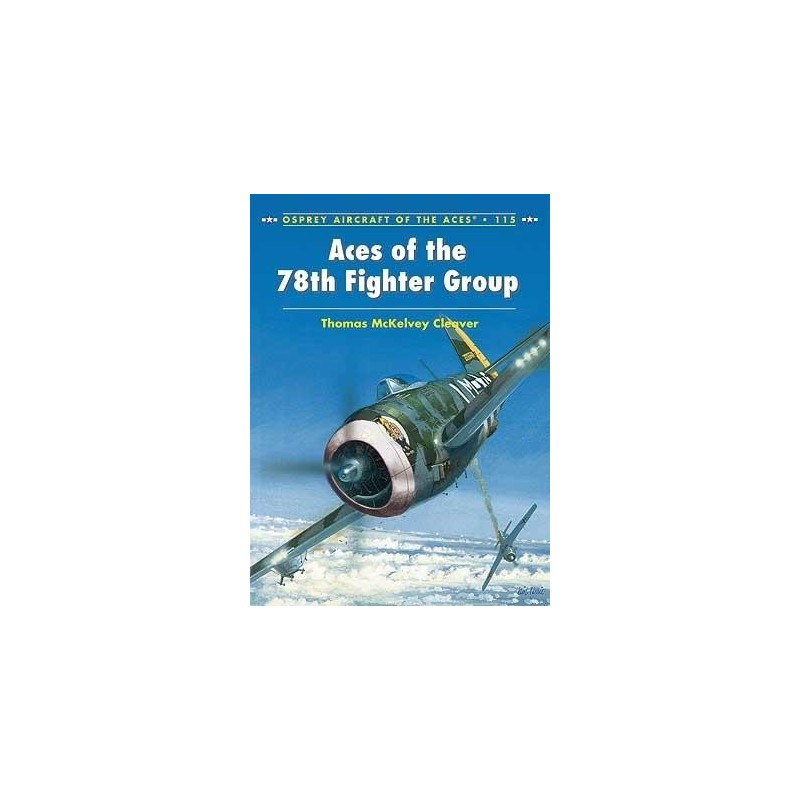 ACES OF THE 78th FIGHTER GROUP.

Dubbed the Eagles of Duxford, the 78th Fighter Group (FG) was unique in being the only fighter unit in the Mighty Eighth to fly the P-38 Lightning, P-47 Thunderbolt and P-51 Mustang operationally. Arriving in the European Theatre of Operations (ETO) in November 1942, and eventually committed to combat five months later, the 78th, along with the 4th and 56th FGs, wrote the book on long-range fighter escort by VIII Fighter Command in the ETO. This volume charts the groups highs and lows during its two years in action from Duxford, focusing on the exploits of the 51 pilots who achieved ace status with the 78th during World War 2. These men included Capt Charles London, the very first Eighth Air Force ace, and Maj Quince Brown, who was the 78ths most successful aerial ace prior to being murdered by the SS after he was shot down over Germany. By VE Day, the Eagles of Duxford had downed 316 aircraft and destroyed a further 320 machines on the ground during strafing attacks on German airfields.

ACES OF THE 78th FIGHTER GROUP.