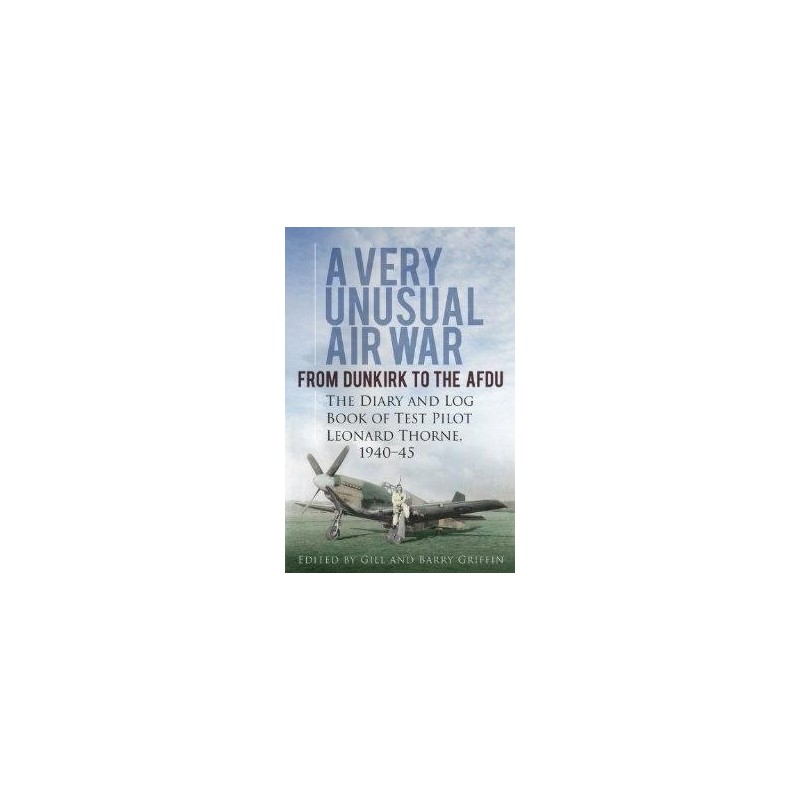 A VERY UNUSUAL AIR WAR. From Dunkirk to the AFDU - The Diary and Log Book of ...

The 20-year-old Len Thorne joined the RAF in May

1940. After two hectic tours of operational duty as a fighter pilot (including some desperately dangerous low-level flying at Dunkirk) he was posted to AFDU (Air Fighting Development Unit) and remained there as a test pilot for the rest of the war. He flew both Allied aircraft and captured enemy planes and was a colleague of many of the fighter aces. Fortunately for us, Len kept an insightful diary, which, set alongside his log book, tells the unique story of a member of the AFDU, tasked with developing operational tactics and

Len provides not only an insight into the amazing work done by the test pilots but also into some of the most famous flyers of the RAF, with whom he worked, including Wing Commander Al Deere and Spitfire Aces SL Paddy Finucane, Ernie Ryder, and many others. Lens diary for September 21 1942 records the first sighting of the feared FW190: The pilot performed a series of quick rollsmetaphorically sticking up the proverbial two fingers. In May 1943 Len would be test flying the same type after pilot Heinz Erhardt mistakenly

landed one at Marston!

A VERY UNUSUAL AIR WAR. From Dunkirk to the AFDU - The Diary and Log Book of ...