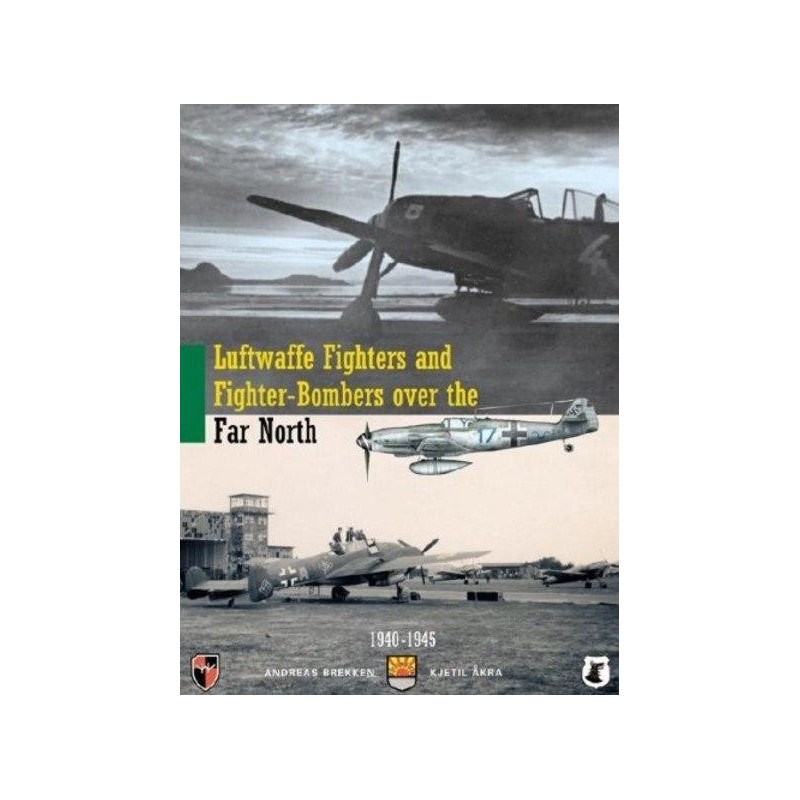 LUFTWAFFE FIGHTERS AND FIGHTER-BOMBERS OVER THE FAR NORTH.

The Luftwaffe's campaign in Scandinavia and the Far North - the Eismeerfront - from 1940 to 1945 can still be reagearded as largely 'uncharted territory' in terms of historical research. Air operations over the Far North were demanding and intensive, with the two main German fighter units, JG 5 and JG 77, engaged against both the RAF and the Russians. Lesser-known units also took part and all these units' aircraft are also examined, many of which were engaged in the attacking British and Soviet-held aircraft, airfields, bridges, communication lines and transport as well as enemy maritime targets throughout the area.

The main emphasis of the book is one camouflage and markings, but it also details the structure and organisation of the units as well as operations, losses and accidents, and will include information on the senior and junior commanders involved. Focusing on the Luftwaffe fighter force in Denmark, northern Finland and Norway, the authors have spent many years collecting information and photographs for this exhaustive study. Much of the photographic material reveals a treasure trove of fascinating, previously unseen and often unknown 'fact-busting' material that will appeal to the military and aviation enthusiast as well as historians.

LUFTWAFFE FIGHTERS AND FIGHTER-BOMBERS OVER THE FAR NORTH.