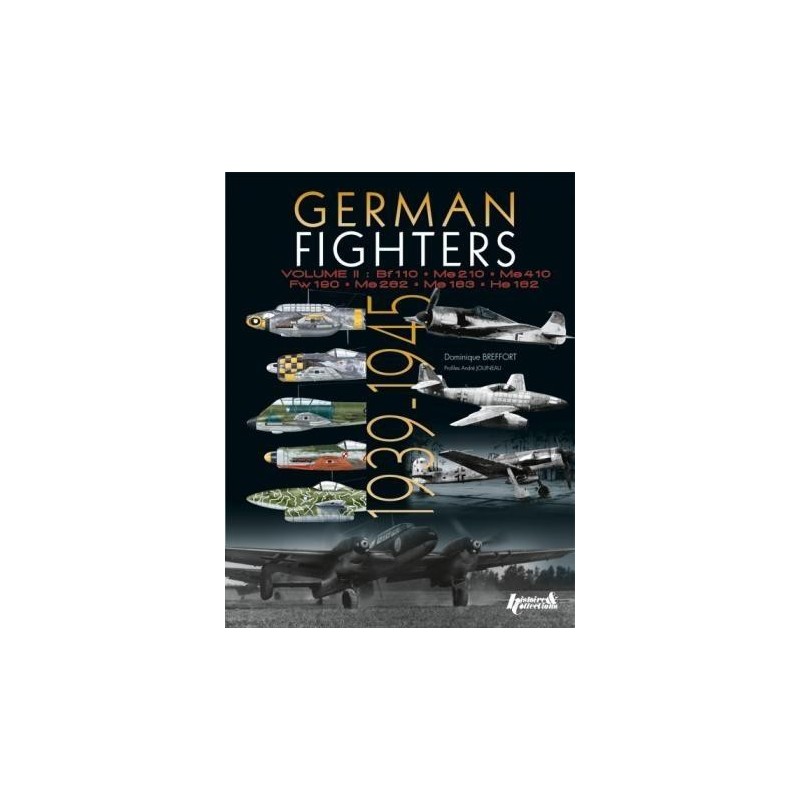 Apart from the Messerschmitt Bf 109, one of the real symbols of flying and the subject of the first volume of this book, the Jagdwaffe, the German Fighter Command, used several other types of machines with varying performances and qualities during WWII. The first of these, the Messerschmitt Bf 110, a heavy long-range twin-engined fighter, turned out to be very vulnerable and only performed well after it was transformed into a night-time interceptor. Its direct descendants, the Messerschmitt Me 210 and Me 410 were designed to make up for its defects, particularly where performance was concerned, but in the end they were not successful, with the former almost causing the demise of Messerschmitt itself. The Jagdwaffe finally got its breath back with the Focke-Wulf 190 which appeared in a large number of versions and variants using two different powerplants and finishing up as the Jagdwaffes warhorse. Finally in the last months of the conflict, Germany was the only country to put into service three jet-powered fighters (Messerschmitt 163 and 262, and Heinkel 162) which appeared too late to have an impact on the course of the war, but which did announce what military aviation was going to become in the years to come. The second volume deals with these fighters and is in fact an expanded and improved re-edition especially where the iconography is concerned, of Volumes 9, 11 and 17 from the series Planes and Pilots.