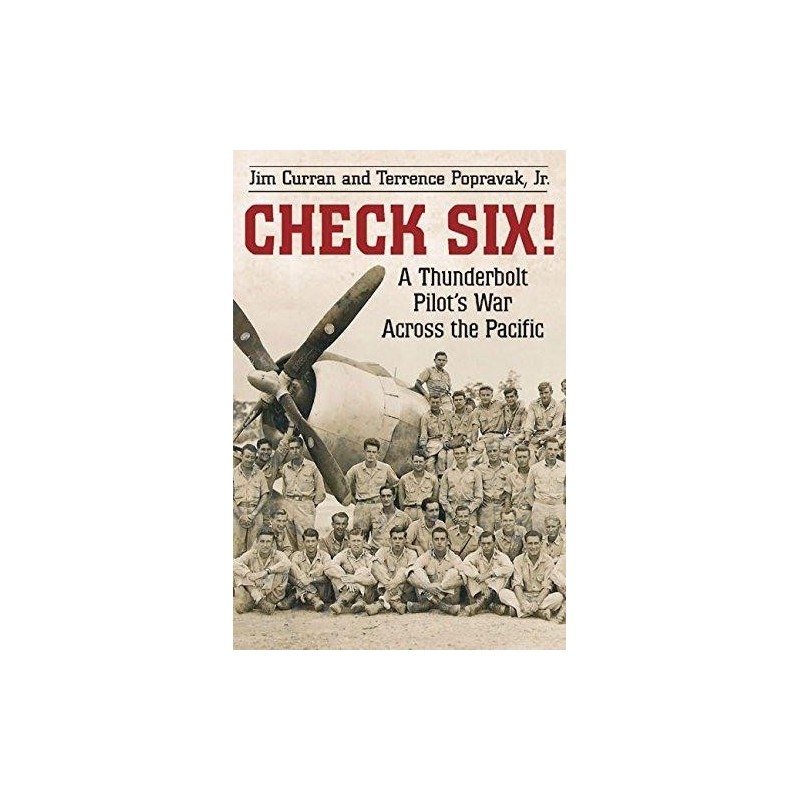 CHECK SIX! A Thunderbolt Pilot's War Across the Pacific.

There were no mission limits for a pilot in the Pacific during World War II: unlike in Europe, you flew until it was time to go home. So it was for James Jug Curran, all the way from New Guinea to the Philippines with the 348th Fighter Group, the first P-47 Thunderbolt outfit

After the attack on Pearl Harbor, Curran volunteered to try flying in the blue yonder, and trained as an Army fighter pilot. He got his wish to fly the P-47 in the Pacific, going into combat in August 1943, in New Guinea, and later helping start the Black Rams fighter squadron. The heavy U.S. Thunderbolts were at first curious to encounter the nimble, battlehardened Japanese in aerial combat, but soon the American pilots gained skill of their own and their planes proved superior. Bombers on both sides could fall to fighters, but the fighters

themselves were eyeball to eyeball, best man win.

This work, from someone who was there, captures the combat experience of our aviators in the Pacific, aided by pertinent excerpts from the official histories of units that Jug Curran flew with. It is a tale of perseverance, as Jug Curran flew over 200 combat missions, and

with the men of the 348th Fighter Group proved the Thunderbolts great capability as they battled their way against a stubborn and deadly foe. This work increases the body of knowledge on the critical role of aviation in the Pacific War, as U.S. fighter pilots took the lead in our counteroffensive against the short-lived island Empire.

CHECK SIX! A Thunderbolt Pilot's War Across the Pacific.