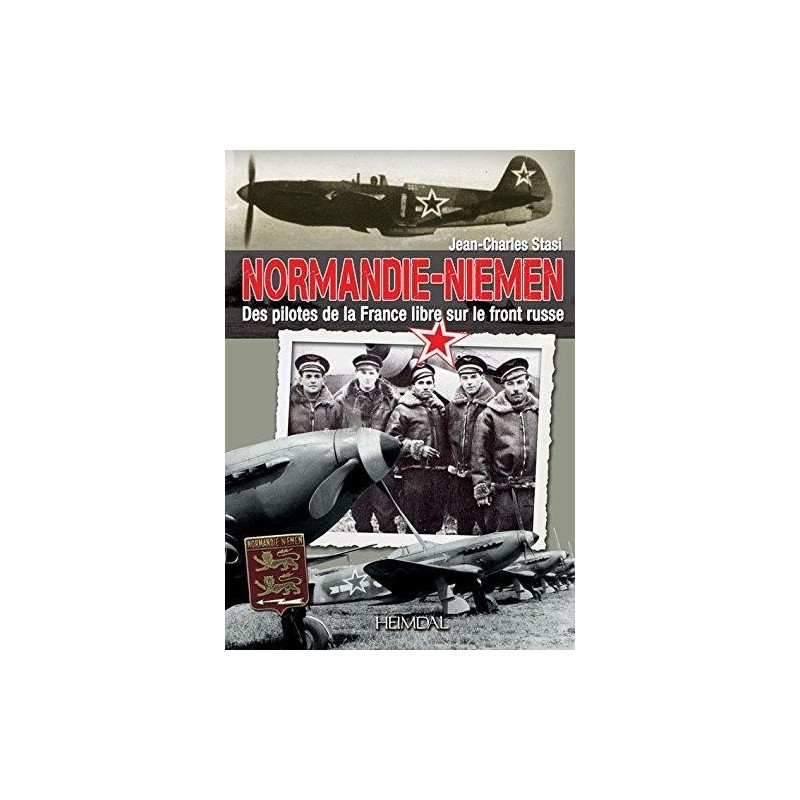 On the 20th of June, 1945, Normandie-Niemen landed triumphantly at Bourget in front of more than 100,000 people. Everyone wanted to see these French pilots who came from combat during three years on the Russian front at the side of the Russian Air Forces. And fought well, too: 273 confirmed victories and 36 probables in 5240 missions. But at what price! Of the 96

Created in Autumn 1942 by General de Gaulle to represent Free France on the Eastern Front,

the fighter group Normandie-Niemen was authorized to return to France with their Yak-3 fighters, Soviet-made, which had worked miracles in the face of German fighters whose pilots were exceptionally tenacious and daring. For the 70th anniversary of the triumphal arrival of Normandie-Niemen, Editions Heimdal present, in partnership with the Memorial Normandie-Nieman installed at the Museum of Air and Space at Bourget, a book relating this epic in vivid fashion, with rich

illustrations, around 200 period photos and photos of objects and clothing which belonged to the pilots, as well as letters, plans, and profiles of the aeroplanes.