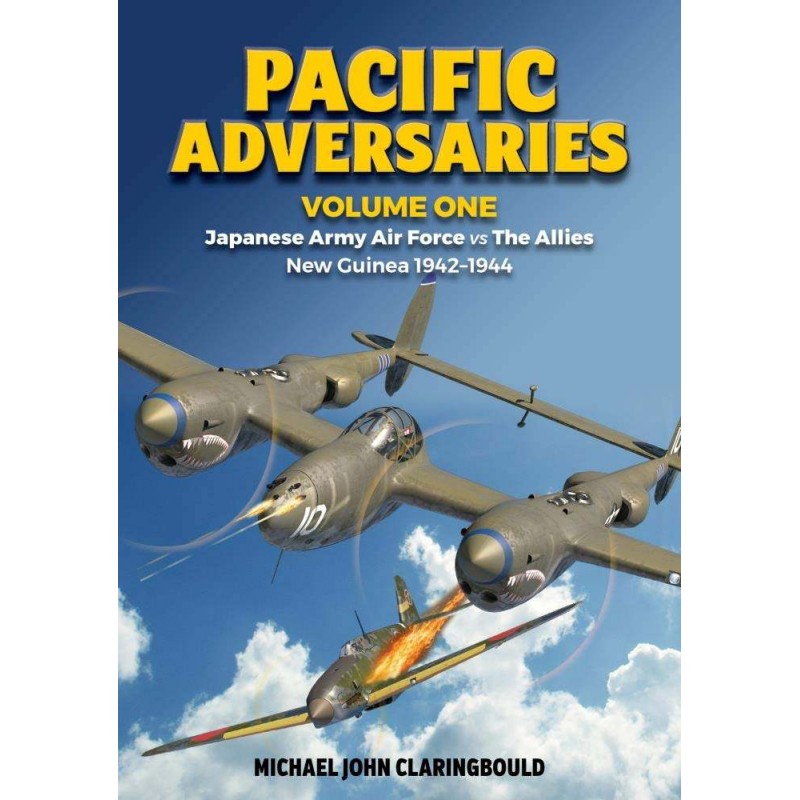 This volume conveys detailed stories of aerial warfare in the South Pacific, chosen because both Japanese and Allied records can be matched for an accurate accounting. Often the actual outcomes are very different to the exaggerated claims made by both sides upon which many traditional histories have relied to date. Further, for each of the chosen stories photographic or other evidence enables an accurate depiction of the aircraft involved.Through these chosen snapshots Pacific Adversaries portrays the South Pacific conflict as accurately as possible. This first volume describes confrontations between the Japanese Army Air Force (JAAF) and the Allies in New Guinea and the Solomons. JAAF units first arrived in the South Pacific in December 1942 and effectively ceased operations in mainland New Guinea in April 1944. Theirs is a rich and colorful history about which many myths persist. Perhaps the biggest is that their Allied counterparts thought they were mainly fighting ?Zeros?, a falsehood still published and accepted to this day. In New Guinea the Allies ratcheted up a grueling, coordinated and unrelenting campaign, destroying most JAAF air power on the ground, not in the air. Their assault against Wewak?s key bases involved an interwoven and complex strategy which eventually overpowered the Japanese. Never before have detailed accounts matched up adversaries so closely and in doing so shine light on key events in Pacific skies so many years ago.