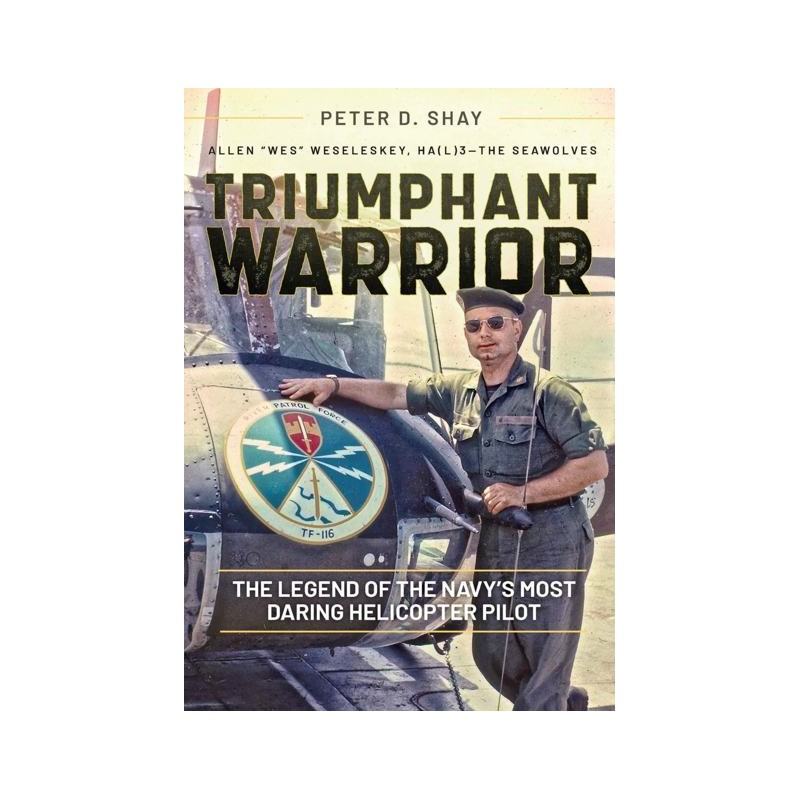 Inherent in "A Navy Flyer's Creed" is the power of inspiration: "My country built the best airplane in the world and entrusted it to me. They trained me to fly it. I will use it to the absolute limit of my power. With my fellow pilots, aircrew and deck crews, my plane and I will do anything necessary to carry out our tremendous responsibilities. When the going is fast and rough, I will not falter. I will be uncompromising in every blow I strike. I will be humble in victory. I am a United States Navy Flyer." In Vietnam, barely a month after the start of the Tet Offensive in 1968, one such proud United States Navy flyer applied the fundamental but sometimes forgotten maxims expressed in this creed. And he dared to risk not only his naval career, but the lives of his fellow aircrewmen in rescuing a wounded U.S. Army advisor whose time had nearly run out and whose loss of blood meant that he was only moments away from certain battlefield death. The pilot, Lieutenant Commander Allen E. "Wes" Weseleskey, had been assigned to the Navy's Helicopter Attack (Light) Squadron Three, the "Seawolves" at the Vinh Long Army Airfield. His controversial mission took place on March 9, 1968 on the outskirts of Sadec, in the Mekong Delta region of Vietnam. Two ARVN companies were being overwhelmed and despite coming under heavy fire, Weseleskey decided to go in and rescue as many survivors as possible. The accompanying Seawolf is forced to turn back after taking hits, but Weseleskey with the agreement of his crew persisted in the attempt, flying so low under the treeline that the VC rocket launchers were unable to reach it. On reaching base, it was observed that the overladen helicopter "looked like it had been used as a battering ram." Allen Weseleskey was awarded the Bronze Star, the Distinguished Flying Cross and the Navy Cross during his service. This is his story, from early assignments, clashes with superior officers, missions and rescues during the Tet Offensive, to homecoming. It is the story of a quintessential flyer, an American hero who was prepared to speak his mind and take risks. It also encapsulates the vital role of the Seawolves in the Vietnam War.