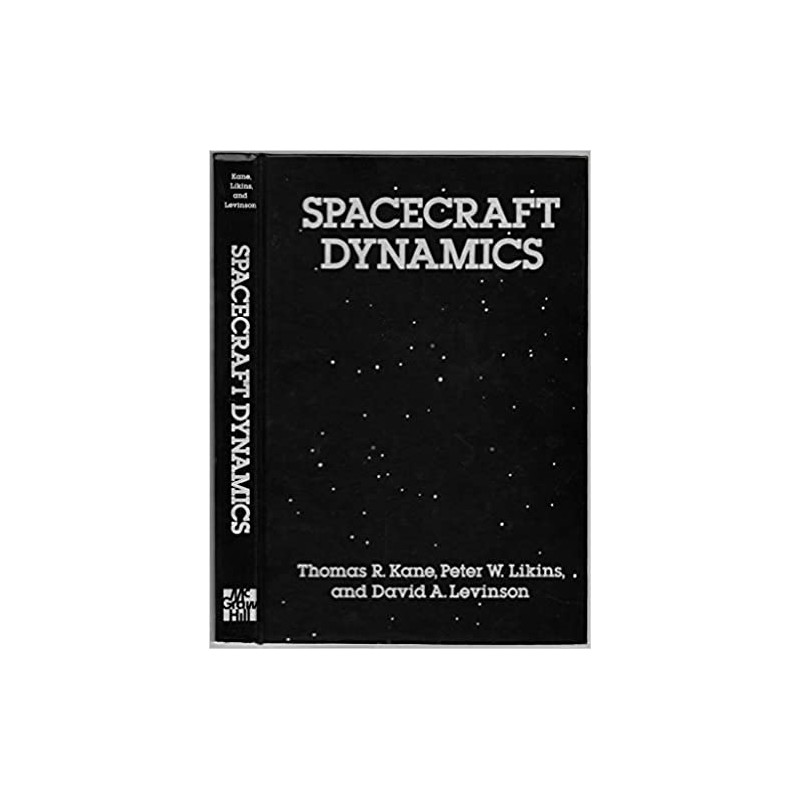 This book is the outgrowth of courses taught at Stanford University and at the University of California, Los Angeles, and of the authors' professional activities in the field of spacecraft dynamics. It is intended both for use as a textbook in courses of instruction at the graduate level and as a reference work for engineers engaged in research, design, and development in this field. The choice and arrangement of topics was dictated by the following considerations. The process of solving a spacecraft dynamics problem generally necessitates the construction of a mathematical model, the use of principles of mechanics to formulate equations governing the quantities appearing in the mathematical model, and the extraction of useful information from the equations. Skill in constructing mathematical models of spacecraft is acquired best through experience and cannot be transmitted easily from one individual to another, particularly by means of the printed word. Hence, this subject is not treated formally in the book. However, through examples, the reader is brought into contact with a considerable number of mathematical models of spacecraft and, by working with the book, he can gain much experience of the kind required. By way of contrast, the formulation of equations of motion is a subject that can be presented formally, and it is essential that this topic be treated effectively, for there is no point in attempting to extract information from incorrect equations of motion. Now, every spacecraft dynamics analysis necessitates use of various kinematical relationships, some of which have played such a small role in the development of technology prior to the space age that they have been treated only cursorily, if at all, in the general mechanics literature. Accordingly, the book begins with what is meant to be a unified, modern treatment of the kinematical ideas that are most useful in dealing with spacecraft dynamics problems. To place the topics to be treated in the book into perspective, we turn to the familiar relationship F=ma, here regarding it as a conceptual guideline rather than as the statement of a law of physics. Seen in this light, the a represents all kinematical quantities, the F all forces that come into play, the m all inertia properties, and the sign of equality the assertion that kinematical quantities, forces, and inertia properties are related to each other. It is then clear that one should deal with the topics of kinematics, forces, and inertia properties before taking up the study of a technique for formulating equations of motion. The subject of inertia properties, that is, the finding of mass centers, moments and products of inertia, principal axes of inertia, and so on, is treated extensively in available textbooks and acquires no new facets in connection with spacecraft. Hence, we presume that the reader knows this material. Detailed information regarding forces that affect the behavior of spacecraft is not so readily accessible. Therefore, we address this topic in Chapter 2, confining attention to gravitational forces, which play a preeminent role in spacecraft dynamics. This brings us into position to attack specific problems in Chapters 3 and 4, these chapters differing from each other in one important respect: throughout Chapter 3, which deals with relatively simple spacecraft, we rely solely upon the angular momentum principle for the formulation of dynamical equations of motion, whereas in Chapter 4, where we are concerned with complex spacecraft, we first develop and then use a more powerful method for formulating equations of motion, one that is particularly well suited for problems involving multi-degrees-of freedom spacecraft.