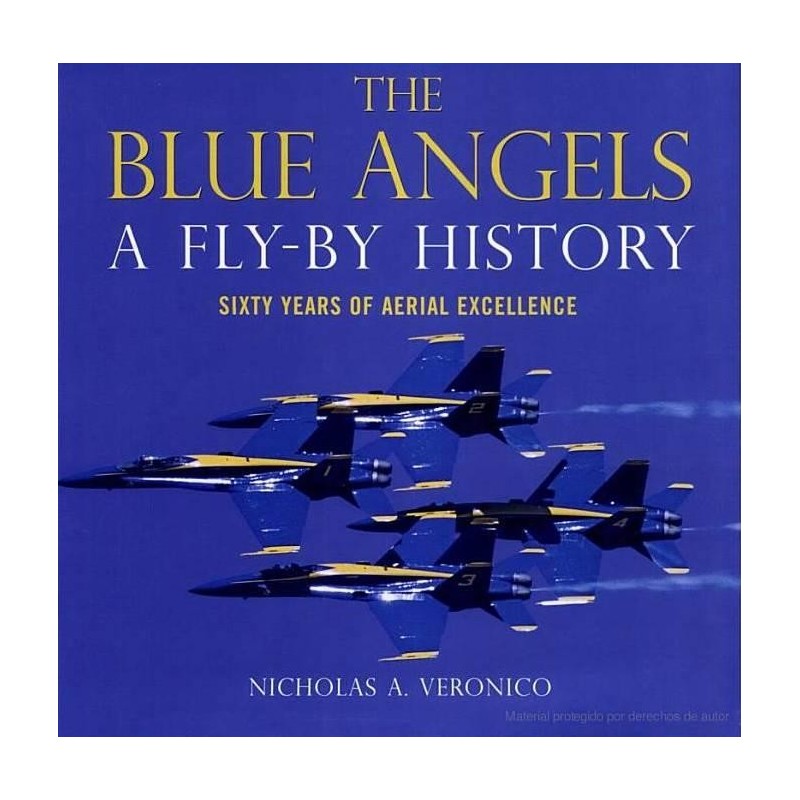 - An impressive tribute to the fascinating history of this venerable flight exhibition team. The images and photos are as impressive as the compilation of history and interviews that Veronico weaves in and out of his work. As the team celebrates its 60th year, it could hardly hope for a better print tribute to the heritage of this daring group which continues to thrill at the dawn of the 21st century. - In Flight USA

Naval enthusiasts will find plenty to cheer about in Veronicos obsessively detailed chronology and photographs of the various aircraft used over the teams history. - Air & Space Smithsonian

The Blue Angels: A Fly-By History celebrates the popular unit's feats, key figures, and aircraft, from Flight Leader Roy Butch Voris' first outing in 1946 to the time of the Korean Conflict, when the Blue Angels formed the nucleus of a fighter squadron known as Satan's Kittens: from 1974, when the team donned a new aircraft, the McDonnell Douglas A-4F Skyhawk II, to the breathtaking air shows of today.