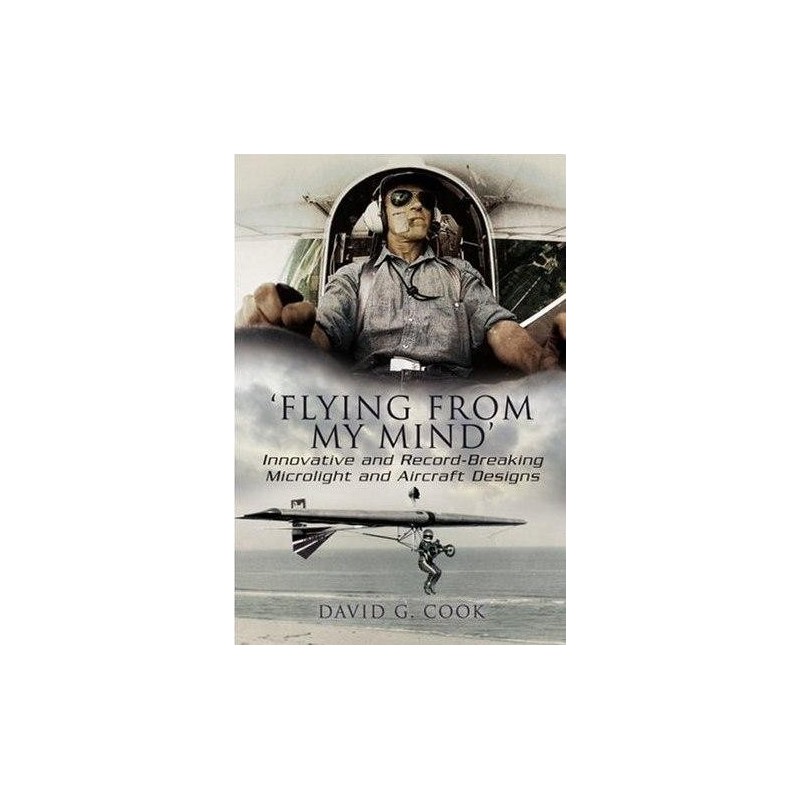 This fascinating story begins in 1973 when David Cook built a glider in an attempt to win the Selsey Birdman Rally ' an annual event where all types of creations are launched from the end of Bognor Pier. Between 1975 and 1977 he won every National and International hang gliding competition entered and then in 1977 he designed and built a power unit for his glider. In 1978 he became the first and lowest-powered microlight to cross the English Channel. His successes in this venture led to sponsorship from Duckhams Oil and there followed a period of demonstration flights at major air shows. In 1982 he designed a microlight called Shadow and in 1983 it took the FIA world speed and distance records for the class. In 1992 he took the aircraft to 23,600ft to claim the world altitude record for the class, beaten later by himself in a newly designed Streak to 27,150 ft. David started a company to build the Shadow in 1984 and has demonstrated its remarkable flying abilities around the world, during which time he had many amusing and some exciting experiences. In 1987 the Shadow won the British Design Award.