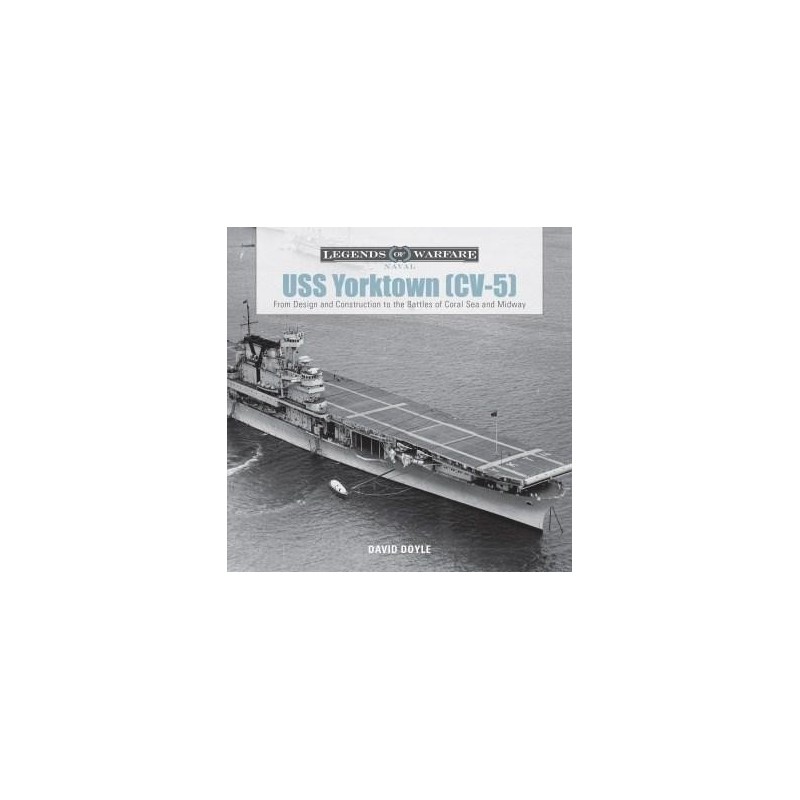 USS YORKTOWN (CV-5). From Design and Construction to the Battles of Coral Sea ..

USS Yorktown (CV-5) was the US Navys first battle-worthy, purpose-built aircraft carrier. Her crew, already accustomed to wartime conditions by maintaining Neutrality Patrols during 1941 in the Atlantic, quickly adapted to the Pacific Theater, having been dispatched there immediately after Pearl Harbor. First at Coral Sea, then at Midway, Yorktowns flyers blunted the sword of Japanese aggression. The men flying from her decks were instrumental in turning the tide of WWII in the Pacific. This volume explores Yorktowns construction, prewar and wartime activities through carefully researched photos, many of which have never before been published, which are reproduced in remarkable clarity. This clarity, and the large size of many of the photos, coupled with descriptive and informative captions, puts the reader on the deck of this historic warship throughout her history. Part of the Legends of Warfare series.

USS YORKTOWN (CV-5). From Design and Construction to the Battles of Coral Sea ..