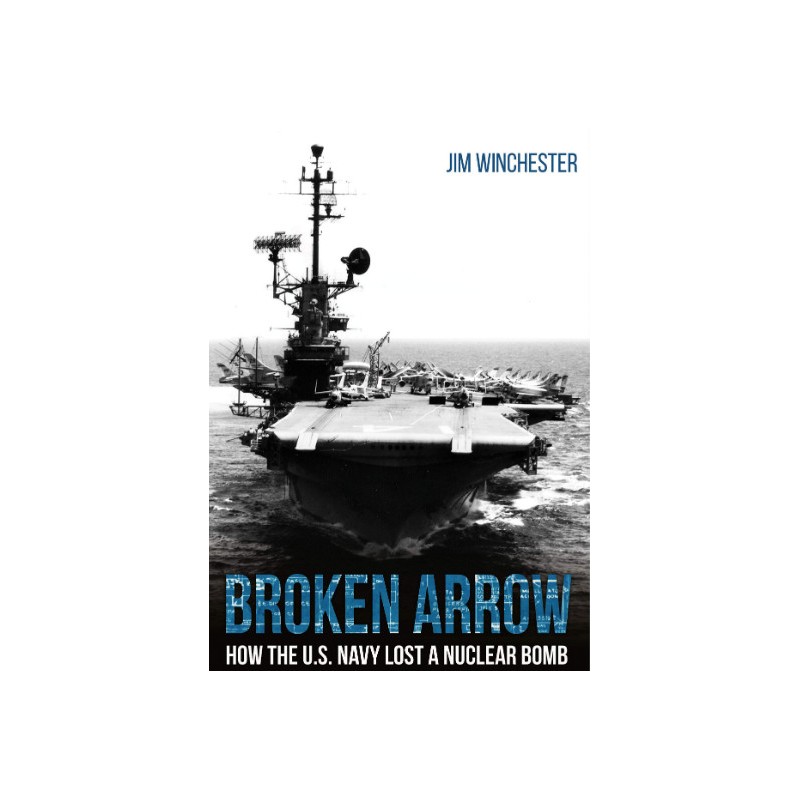 On 5 December 1965, the giant American aircraft carrier Ticonderoga was heading to Japan for rest and recreation for its 3,000 crew, following a month on ‘Yankee Station’ launching missions against targets in Vietnam.

Whilst fighting a real conflict and losing men in conventional warfare, Tico’s primary mission was Cold War nuclear combat with the Communist bloc. The cruise from the Yankee Station to Japan was used to practice procedures for Armageddon.

Douglas Webster was a young pilot from Ohio, newly married and with seventeen combat missions under his belt. On that day in 1965 he strapped into an A-4 Skyhawk bomber for a routine weapons loading drill and simulated mission. After mishandling the maneuver, the plane and its pilot sunk to the bottom of the South China sea, along with a live B43 one-megaton thermonuclear bomb.

A cover-up mission began. The crew was ordered to stay quiet, rumors circulate of sabotage, a damaged weapon and a troublesome pilot who needed ‘disposing of’. The incident, a ‘Broken Arrow’ in the parlance of the Pentagon, was kept under wraps until 25 years later. The details that emerged caused a diplomatic incident, revealing that the U.S. had violated agreements not to bring nuclear weapons into Japan. Family members and the public only learnt the truth when researchers discovered archived documents that disclosed the true location of the carrier, hundreds of miles closer to land than admitted.

Broken Arrow tells the story of Ticonderoga’s sailors and airmen, the dangers of combat missions and shipboard life, and the accident that threatened to wipe her off the map and blow US-Japanese relations apart. For the first time, through previously classified documents, never before published photos of the accident aircraft and the recollections of those who were there, the story of carrier aviation’s only ‘Broken Arrow’ is told in full.

Jim Winchester is a freelance writer of many years' experience who has written widely on various aspects of aviation. He is the author of several books including Fighter, Classic Airliners: Lockheed Constellation and Flight International’s World Aircraft and Systems Directory.

Chapter One: Eve of Destruction