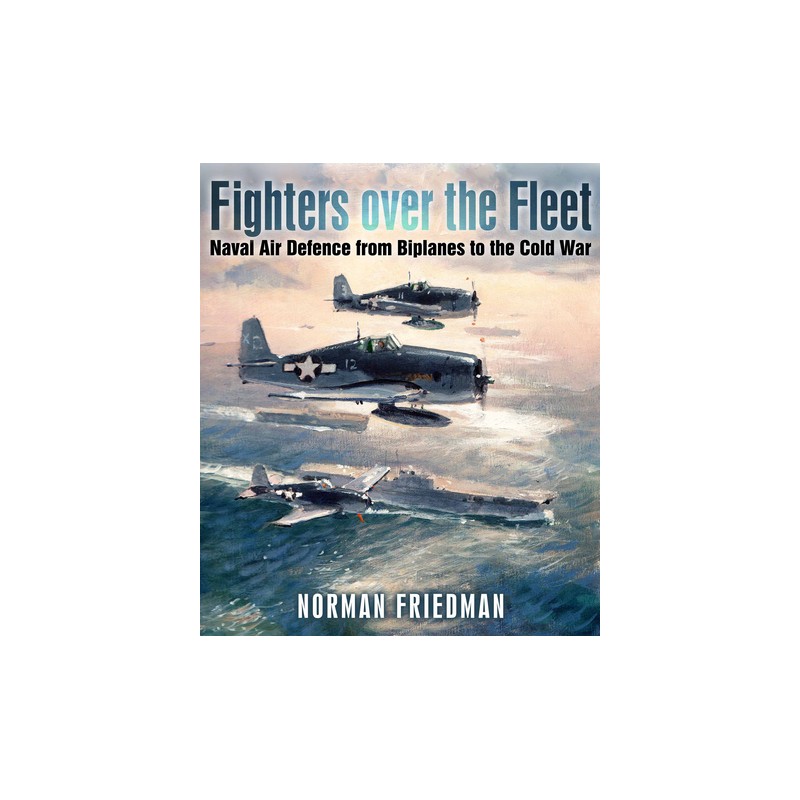 FIGHTERS OVER THE FLEET. Naval Air Defence from Biplanes to the Cold War.

Fighters Over the Fleet is an account of the parallel evolution of naval fighters for fleet air defense and the ships they sought to defend. This volume concentrates on the three main advocates of carrier warfare: the Royal Navy, the U.S. Navy, and the Imperial Japanese Navy.

Because radar was not invented until the mid-1930s, fleet air defense was a primitive effort for flyers during the 1920s. Once the innovative system was developed and utilized, organized air defense became viable. Thus major naval-air battles of the Second World War--like Midway, the "Pedestal" convoy, the Philippine Sea and Okinawa--are portrayed as tests of the new technology. However, even radar was ultimately found wanting by the Kamikaze campaigns, which led to postwar moves toward computer control and new kinds of fighters.

After 1945, the novel threats of nuclear weapons and stand-off missiles compounded the difficulties of naval air defense. The second half of the book covers the U.S. and Royal Navies' attempts to resolve these problems by examining the U.S. experience in Vietnam and British operations during the Falklands War. The book then turns to the ultimate U.S. development of techniques and technology to fight the Outer Air Battle in the 1980s before concluding with the current state of technology supported carrier fighters.

FIGHTERS OVER THE FLEET. Naval Air Defence from Biplanes to the Cold War.