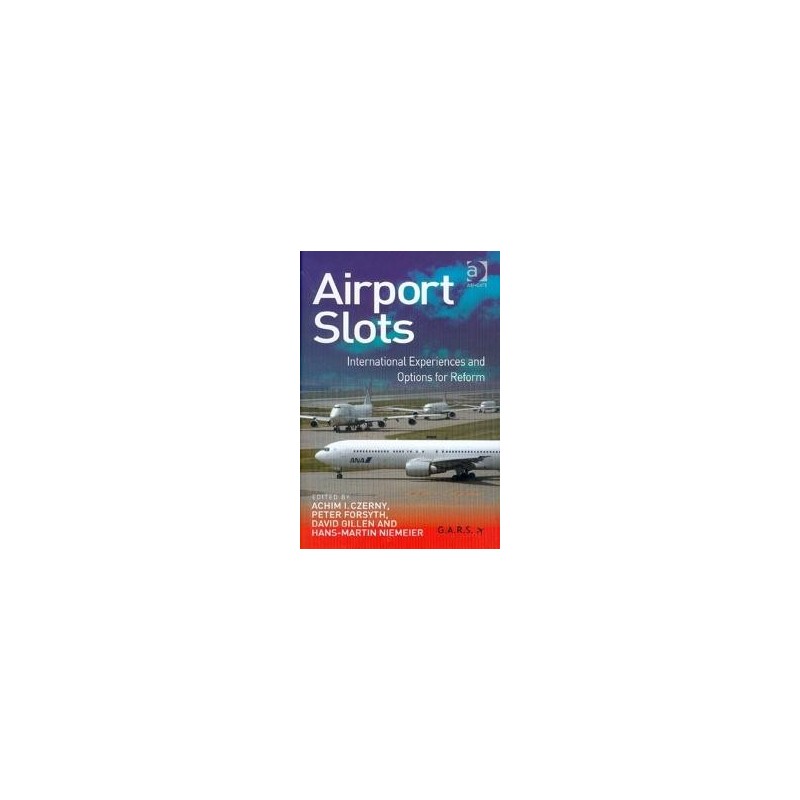 Over the past several decades, commercial air traffic has been growing at a far greater rate than airport capacity, causing airports to become increasingly congested. How can we accommodate this increased traffic and at the same time alleviate traffic delays resulting from congestion?

The response outside the US has been to set a maximum number of slots and use administrative procedures to allocate these among competing airlines, with the most important consideration being 'grandfather rights' to existing carriers. The United States, on the other hand, has used administrative procedures to allocate slots at only four airports. In all other cases, flights have been handled on a first-come, first-served basis, with aircraft queuing for the privilege of landing or taking off from a congested airport. While recognizing the advantages of slot systems in lessening delays, economists have criticized both approaches as being sub-optimal, and have advocated procedures such as slot auctions, peak-load pricing and slot trading to better utilize congested airports.

Edited by an international team of air transport economists and drawing on an impressive list of contributors, Airport Slots provides an extremely comprehensive treatment of the subject. It considers the methods currently used to allocate slots and applies economic analysis to each. The book then explains various schemes to increase public welfare by taxing or pricing congestion, and describes alternate slot-allocation schemes, most notably slot auctions. In addition, Airport Slots outlines the complexities involved in slot-allocation methods, including the requirement for multiple slots - a take-off slot at London Heathrow is useless unless there is a landing slot available at Frankfurt for a London Frankfurt flight. Finally, the book explores the economic pitfalls of slot-allocation schemes: for example, controls may not be required if external delay costs are internalized by a dominant carrier at its hub.

Airport Slots provides a valuable contribution to the debate on how best to limit airport congestion. The book's comprehensive treatment of the subject matter provides the reader with a 'one-stop' volume to explore airport congestion and slot-allocation schemes, offering valuable insights to academics and practitioners alike.