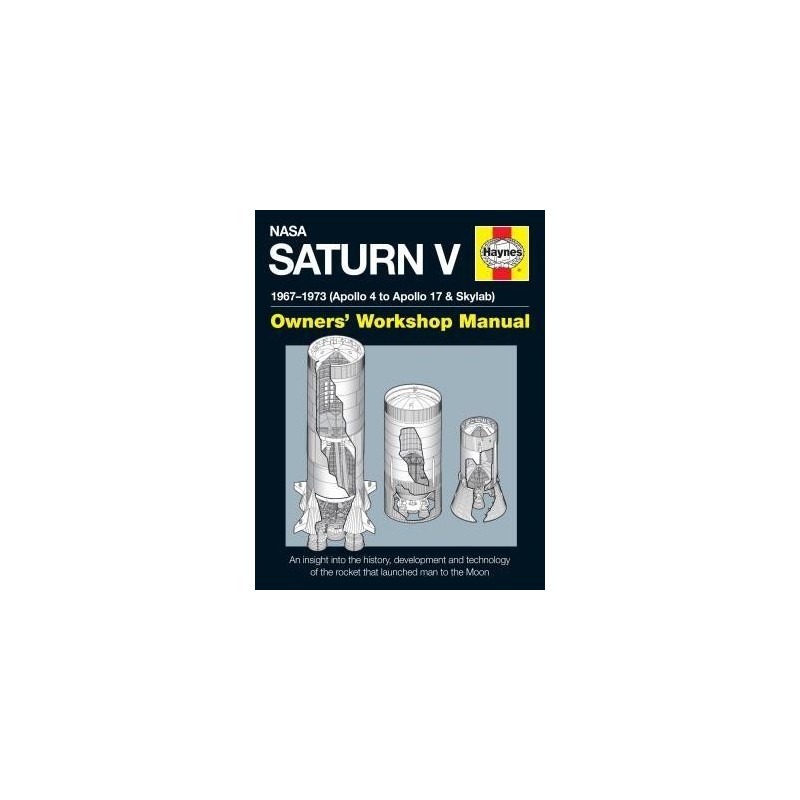 Few launch vehicles are as iconic and distinctive as NASA's behemoth rocket, the Saturn V, and none left such a lasting impression on those who watched it ascend. Developed with the specific brief to send humans to the Moon, it pushed rocketry to new scales. Its greatest triumph is that it achieved its goal repeatedly with an enviable record of mission success. Haynes' Saturn V Manual tells the story of this magnificent and hugely powerful machine. It explains how each of the vehicle's three stages worked: Boeing's S-IC first stage with a power output as great as the UK's peak electricity consumption, North American Aviation's S-II troubled second stage, Douglas's workhorse S-IVB third stage with its instrument unit brain - as much a spacecraft as a rocket. From the decision to build it to the operation of its engines' valves and pumps, this lavishly illustrated and deeply informative book offers a deeper appreciation of the amazing Saturn V.