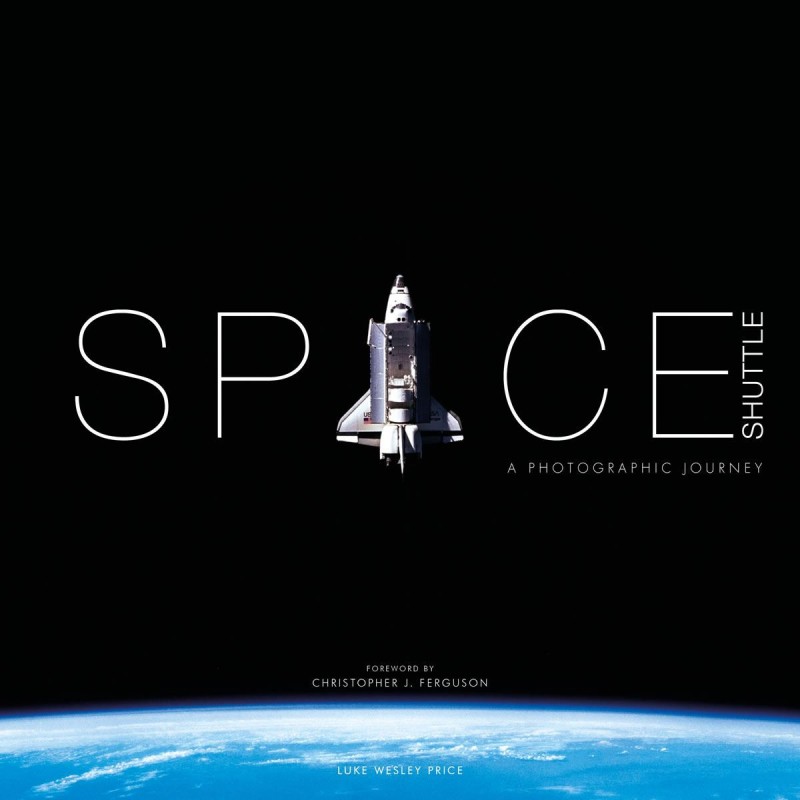 Commemorating 30 years of space shuttle exploration, this beautifully crafted photography book curates the finest NASA space shuttle images into one inspirational collection, arranged in thematic chapters ranging from launch pad through launch sequence, to the missions themselves and the dramatic conclusion of the return flight and landing. Space Shuttle (a photographic journey 1981–2011) pays tribute to the five pioneering orbiters built by NASA: Columbia, Challenger, Discovery, Atlantis, and Endeavour. It was developed by author Luke Price through exhaustive study of the NASA archives and painstaking colour correction of images, all guided by correspondence with inspirational shuttle pilots such as the late Bruce McCandless. The book tells the story of the space shuttle through extraordinary moments in a selection of NASA’s 135 shuttle missions.

Beautifully reproduced photographs capture the drama and danger of the hazardous launch sequences and vividly depict the techniques and challenges of mission tasks including space walks, in-flight maintenance work, and docking with the International Space Station. The book also collates the details of every space shuttle mission flown, including launch dates and lists of crew, alongside a gallery of the 135 exquisitely designed mission patches.

Author Luke Wesley Price is a British graphic designer of over 20 years’ experience in branding, advertising and imagery, who founded his own design agency in 2008. He has had a lifelong interest in America’s space history, from Project Mercury through to Gemini, Apollo, Skylab, and beyond. As a child growing up in the 1980s, the space shuttle program was always the highlight and central thread of this passion, and in his research for this book he fulfilled the ambition of corresponding regularly with the shuttle pilots who had been his heroes. Foreword author Christopher J. Ferguson is a former NASA astronaut who was commander of the Space Shuttle Atlantis for flight STS-135, the final mission of the Space Shuttle program. Previously, on his first space mission (STS-115) in September 2006, he had been the pilot of Atlantis, and he commanded STS-126 aboard the Space Shuttle Endeavour in 2008. He retired from NASA in 2011 and is now director of Crew and Mission Operations for Boeing’s Commercial Crew Program.