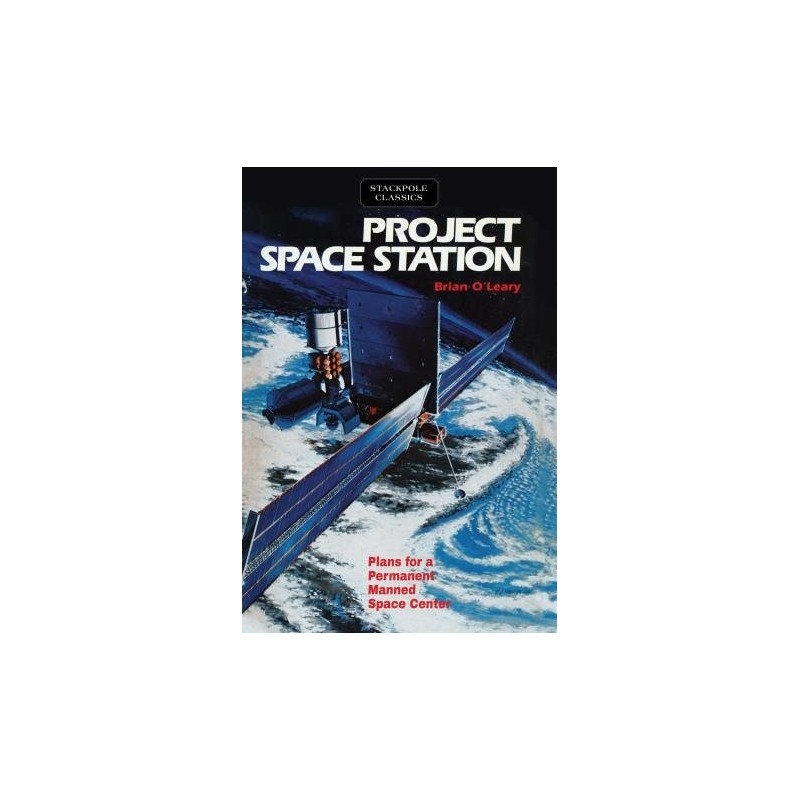 It’s happening now—plans are being formulated under the coordination of NASA to launch a permanent, manned space station by the year 1990. Studies surveying user requirements, system attributes, and architectural options have been conducted, and you’re on the top of these far-reaching considerations on the next big step taken within space!

Now that the Shuttle and Spacelab are realities, NASA has set sights on a new horizon—a permanent, manned space station in the high frontier. The precedents have been set—Skylab hosted human visits for up to 84 days, and the Soviet’s Salyut was and is a temporary base for cosmonaut crew. The differences are the term and scope of space station living and the accomplishments that can be realized with a permanent site and continuous experimentation within its facilities.

Brian O’Leary, writer, astrophysicist, and former astronaut, describes the “tinkermodules” that will be carried to the earth’s orbit to be assembled as a space station. His inside track information also lays the groundwork for fascinating disclosures on: Space station history, NASA’s studies and plans, space careers and human potential, commerce and homesteading in space, odds of a space war, spacelab, space station architecture, space factories and hotels, soviet space station programs, colonies and exploration.

Here are issues that will likely bear directly on the space station of the not-so-distant future and an expert’s interpretation of what that future holds. Unique and timely, Project Space Station gives you a distinctive foretaste of a new era in which homesteading asteroids, growing huge silicon crystals in weightless factories—and the possibility of real star wars—will be a way of life.

In 1982, NASA undertook the planning of the United States’ next major initiative in space: a manned space station program to be presented for consideration to the Administration and Congress. This painting depicts one possible space station concept based on the earlier Space Platform studiesby TRW Space & Technology Group (Redondo Beach, California) as commissioned by NASA’s Marshall’s Space Fligth Center. The rectangular panels extending to the right and elft of the main spacecraft would provide solar energy. The upward extension is a single radiator. Of the three modules on the main space station, two are manned for habitation and experimentation and the third, unmanned, provides logistics support. A communications antenna extends forward and downward from the spacecraft. (NASA-photo)