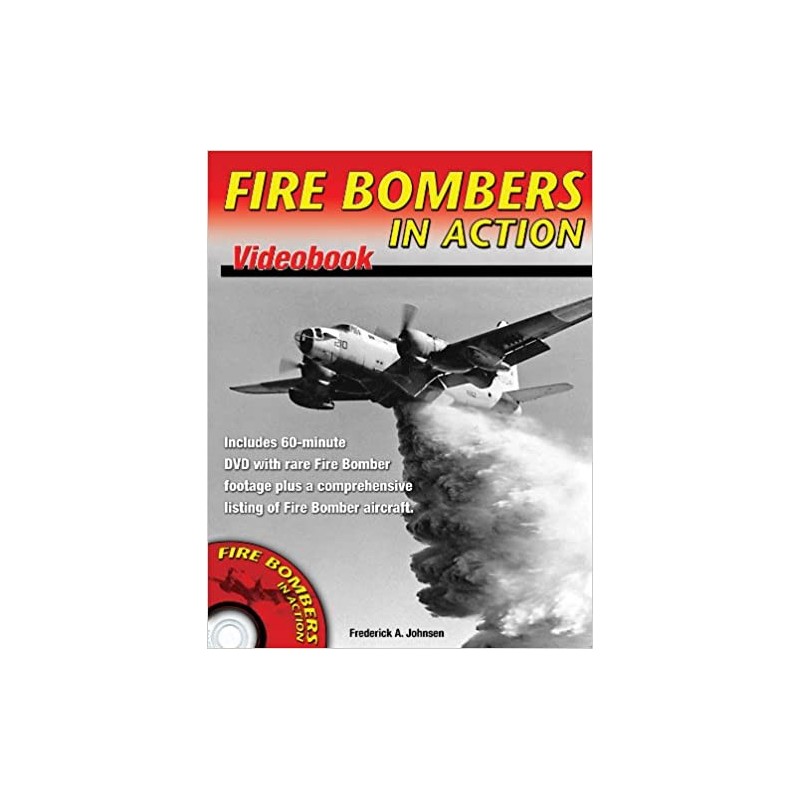 Detailed story about how modern fire bombers actually work
Contains never before published colour and black and white photographs from the 1920s to the present
Comprehensive appendices includes every single aircraft ever used as a fire bomber in the U.S. throughout history
Includes a 60 minute DVD with rare Fire Bomber footage

Whether watching the images on TV or in real life, nearly everyone has witnessed the riveting scene of a fast, low-flying aircraft dropping torrents of water or retardant on a blazing wildfire. Fire Bombers in Action takes the reader inside the gritty world of aerial firefighting using both still photographs and dramatic video footage of these amazing aircraft and the men who fly them. Covering more than four decades of study and exposure to aerial firefighting in many regions of the United States, this book tells the story from the earliest attempts to combat dangerous and sometimes deadly wildfires with the use of aircraft. From primitive aerial operations in the 1920s to the use of converted World War II bombers in the 1950s and even jet transports today, author Frederick A. Johnsen covers it all. Noted for his life-long interest in this subject, Johnsen documents vintage and modern aircraft alike, and includes detailed appendices giving every possible detail of the aircraft types and specific airplanes used as fire bombers.
ISBN: 978-1-58007-147-5
Dimensions: 290mm x 216mm
Photos/Illus: 150 b&w and 150 colour photographs