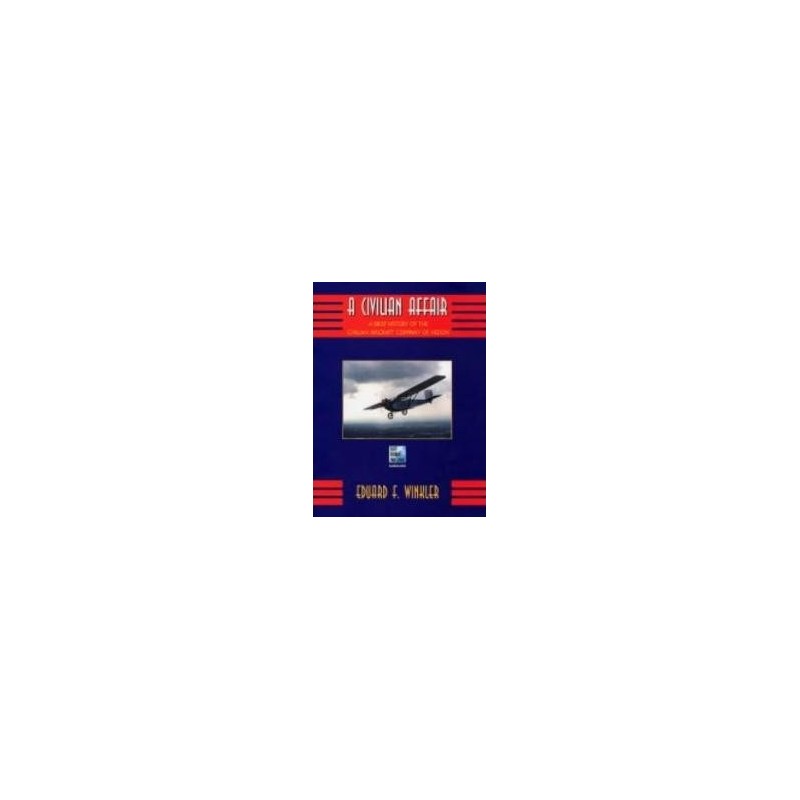 "There were many admiring eyes directed at an attractive-looking aeroplane at the Hull Municipal Aerodrome on Saturday, and much surprise was occasioned when it leaked out that it was the first machine produced by the new Civilian Aircraft works which adjoins the aerodrome, and is situated on land leased to the company by the Hull Corporation. The plane, which is a two-seater coupé, promises quickly to gain the forefront in the light aeroplane world. It is estimated that the factory will turn out at least one 'plane per week."

At the time, the aircraft in question, the Civilian Coupé, was one of the most modern in the world, yet by February 1933, after only five aircraft in total had been produced, the Civilian Aircraft Company of Hedon was bankrupt and the factory had closed. What went wrong? Written by local historian Eduard ('Ted') Winkler, this book supplies some of the answers and a history of every aircraft built, including the sole survivor which still flies today.