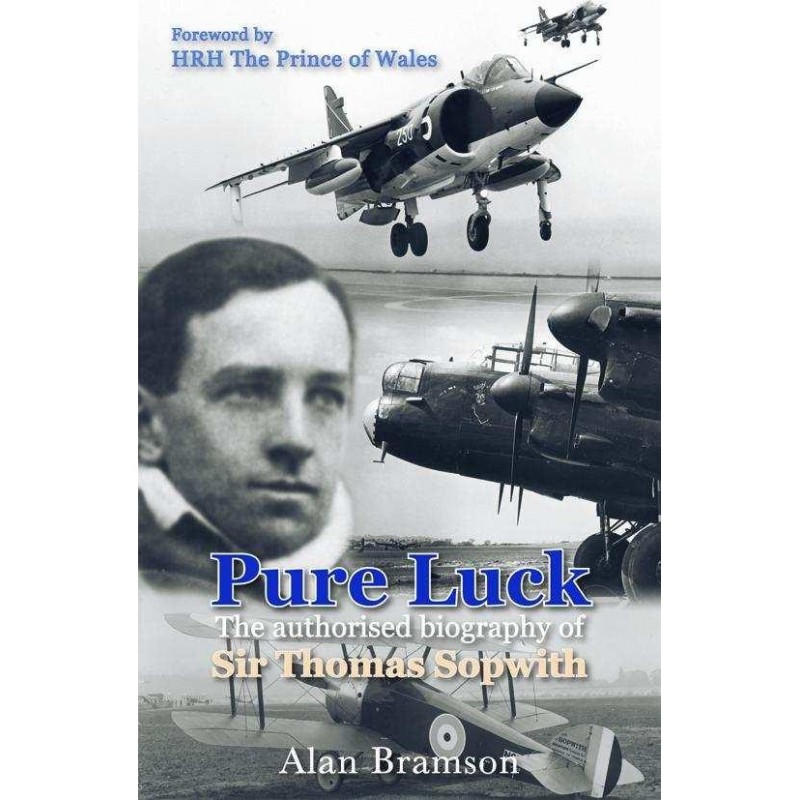 Sir Thomas Sopwiths 101-year life spanned aviation history. A contemporary of the Wright Brothers, he went on to become a highly successful aeroplane manufacturer in his own right: his Camel and Pup revolutionised aerial combat in the First World War. His Hurricane and Lancaster were amongst the most successful designs of the Second and the remarkable Harrier jump jet emerged from an industrial empire that employed up to 127,000 people. But Thomas Sopwith was more than a remarkable aviation pioneer and industrialist, he was a sportsman in the old tradition and one of the worlds leading 120 metre class yachtsmen.

Pure Luck traces the remarkable history of Sopwith, narrates the moments of triumph and tragedy during his early life and describes the events leading to his 80-year involvement in aeronautics ballooning, early days at Brooklands and the founding of Sopwith Aviation. His wisdom and record of achievement are recorded as Pure Luck places in perspective Tommy Sopwiths astonishing career and highlights many events in his private and business life. With justification Sir Thomas Sopwith can be classed among the most influential non-political figures this century, but during his life he turned down many requests from authors keen to write his biography. It was only a few months before he died in 1989 that he agreed to let Alan Bramson do it.