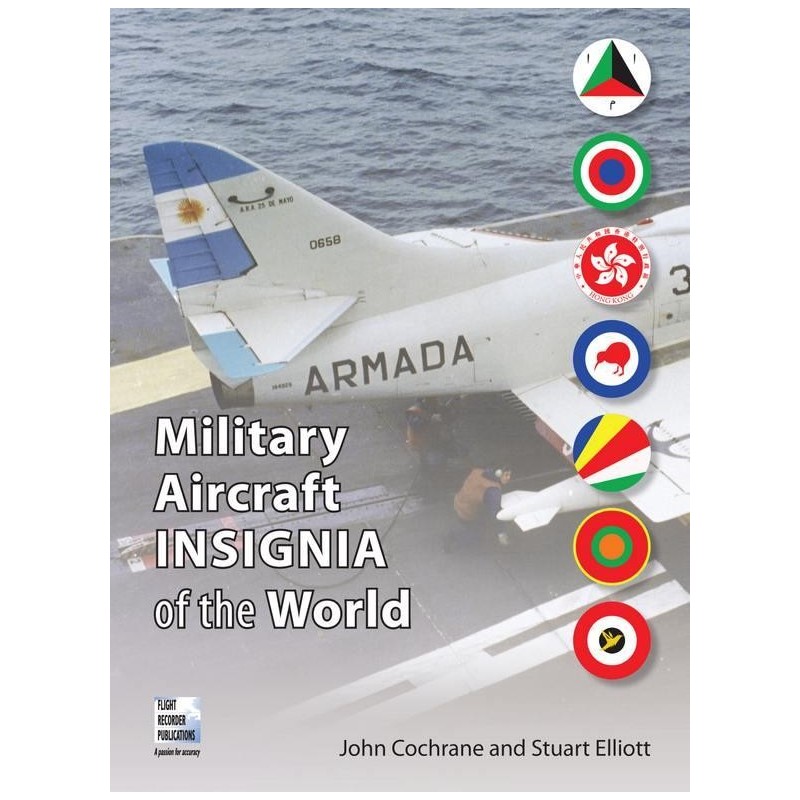 Once the flying machine was a practical proposition, its military use became evident and governments needed to develop a way of marking their property. Flying a flag was an obvious but ineffective and dangerous solution so painting the representation of the flag was the natural alternative.

The first known markings to identify nationality were used in the 1910 Bombing Competition in Vienna where each competing machine carried its national colours. Formalised in 1912, precise shapes and colours of military markings were initially introduced by France closely followed by Romania.

Organised by country, Military Insignia of the World brings together global markings from such countries as Abkhazia, Afghanistan, Chad and Iran through to Kenya, Kuwait the Ukraine and . Over 500 insignia combine with contemporary photographs and a brief history of the military air activity of that country to provide a wealth of information for the aviation historian and modeller alike.

- Fully revised and updated edition of a bestseller