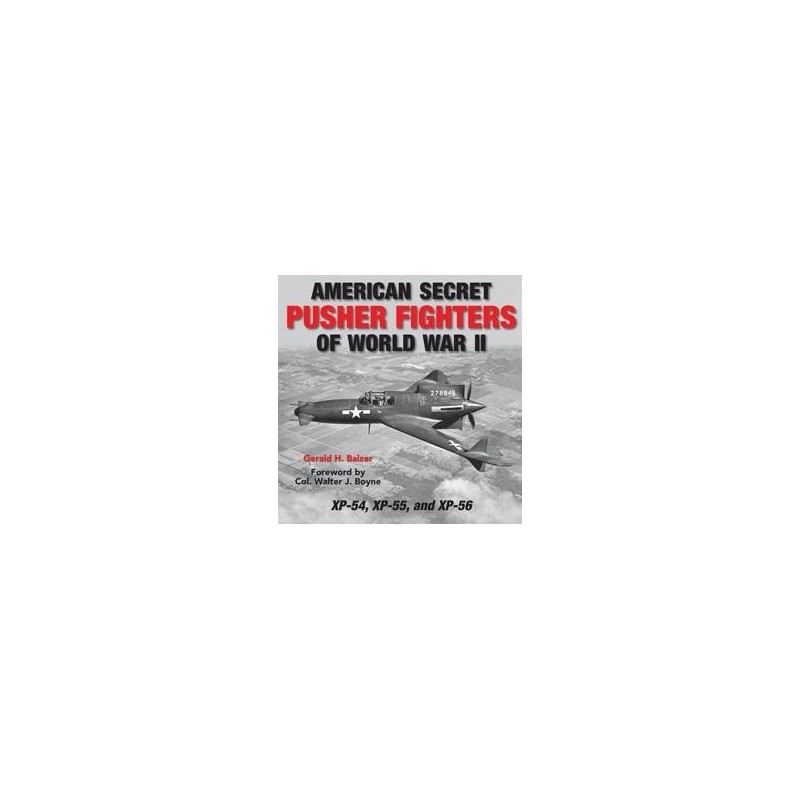 - American Secret Pusher Fighters of World War II analyzes the state of military aircraft procurement just prior to the start of World War II. It provides insight into the difficulties encountered by America's air services in dealing with an isolationist Congress and a limited mindset in the Army, which was seemingly indifferent to the aeronautical progress being made in Europe by the British and Germans. The book then focuses on the three winners of the 1940 fighter competition the Vultee XP-54, the Curtiss XP-55, and the Northrop XP-56. These radical designs ("Pusher" referred to having the engine in the back) used non-strategic materials and were developed in secret. At the time, the aerodynamics of these aircraft far outpaced engine development. In addition, this book details the technical difficulties of mating an advanced aircraft design with inadequate engine development.