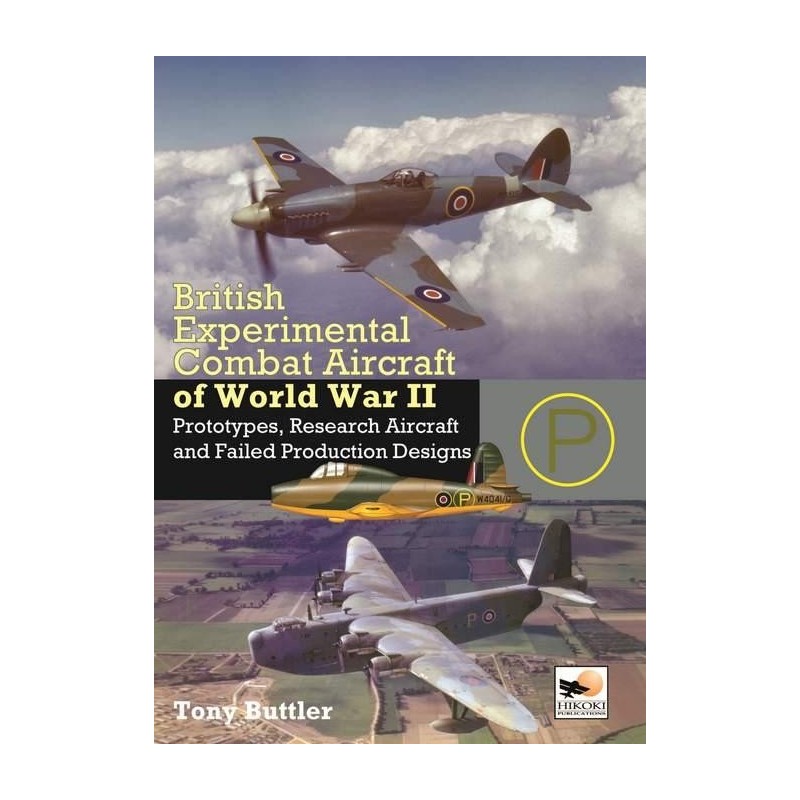 Those British aircraft that entered service during WWII have, for the most part, been widely chronicled over the years with almost every aspect of their design, production and service lives well-recorded and documented. Far less is known about the experimental and cancelled project aircraft of the same era. These were often aircraft that, had they reached service, could have become famous in their own right, but instead have been largely overlooked and forgotten. Some of these types were simply overtaken by advances in aircraft design before they could reach production while others, such as the Martin Baker MB5 and Westland Welkin, were very capable aircraft which had the misfortune to be in the wrong place at the wrong time. Purely experimental aeroplanes, such as the Gloster E.28/39 (the first British jet aircraft) and the bizarre Miles M.39B Libellula, must have caused head-shaking disbelief amongst startled RAF aircrew who knew nothing of their existence. Other unsung aircraft, such as the ultimate Spitfire development, the Supermarine Spiteful, and the giant Short Shetland flying boat, simply arrived too late to have any place in the conflict that spawned them.

After being largely overlooked for decades, the stories of these unique and rare aircraft are now detailed by the renowned author and researcher Tony Buttler. The result of extensive research, particularly in the British National Archives at Kew, British Experimental Combat Aircraft of World War II fills a significant gap in aviation literature by bringing together these lesser-known, but often very impressive, aeroplane types of WWII.