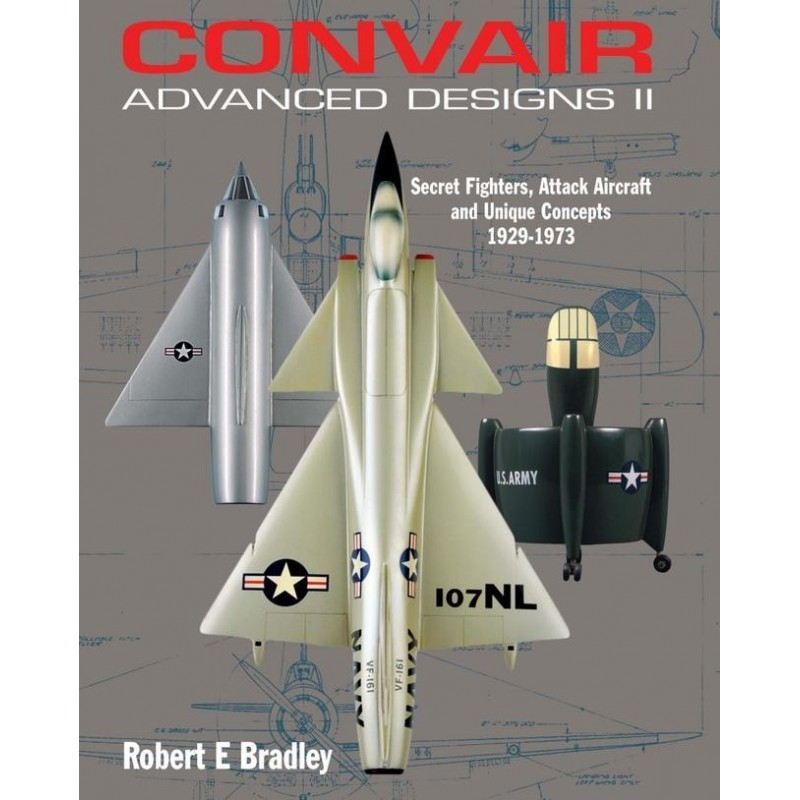 Although the Convair Aircraft Company built some of the world's best seaplanes and bombers during World War II the company's rise to prominence as a builder of fighters and attack aircraft did not occur until after 1945. This companion publication to Robert E Bradley's Convair Advanced Designs: Secret Projects from San Diego, 1923-1962, covers these new aircraft types in the same detailed and comprehensive style.

Previously unpublished company photographs, models, and drawings of such radical concepts as a vertical takeoff ground-attack fighter and giant eight-engine double-decker military transport combine with other futuristic designs some of which eventually evolved into production aircraft.

With much new and comprehensive information and highly detailed technical specifications, Convair Advanced Designs II is a natural follow-up for owners of Bradley's first volume.