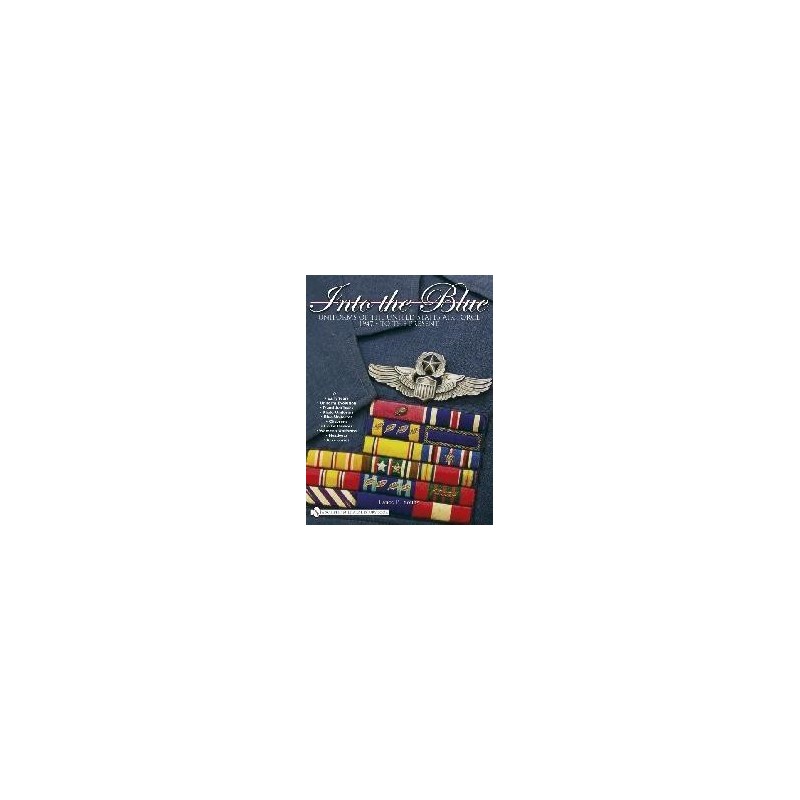 INTO THE BLUE. Uniforms of the United States Air Force 1947-to the present. Vol1

Into the Blue covers USAF uniform heritage beginning with the early days of the USAS in World War I, through its progression to the modern day USAF uniforms. The primary focus of this first volume is the dress and service uniforms of both men and women, including summer and winter uniforms of the early decades, along with the transformation to the two-tone uniforms and economic design changes which occurred within the past few decades. This well-researched book contains over 1100 photos, as well as contributions from established experts and official USAF historical entities. Also chronicled is the development of Air Force collar brass, accoutrements, footwear, and headgear. These books will become the standard for USAF uniform collectors and an invaluable tool for historians, museum employees, collectors and veterans.

INTO THE BLUE. Uniforms of the United States Air Force 1947-to the present. Vol1