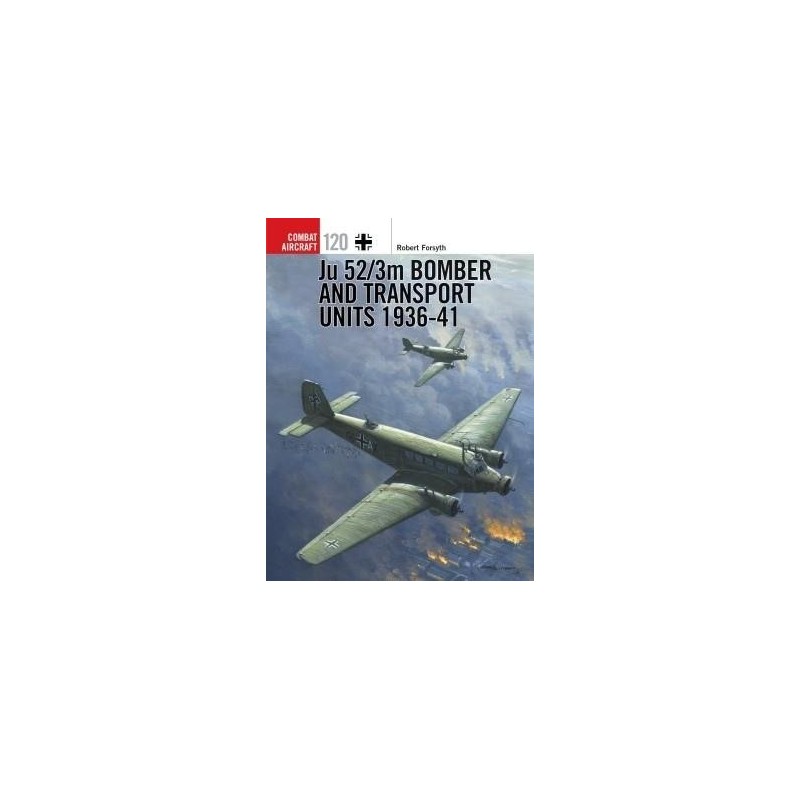 The all-metal Junkers Ju 52/3m enjoyed a solid - indeed, revered - reputation amongst its crews and the troops and paratroopers who used and depended on it. For more than ten years, it saw service as a successful military transport, with its distinctive, three-engined design and corrugated metal construction becoming instantly recognisable. It was a mainstay in the Luftwaffe's inventory, first seeing service in the 1930s in bombing and transport operations in the Spanish Civil War, and subsequently during the German invasion of Poland. It then served on every front on which the Luftwaffe was deployed until May 1945.

The Junkers served as a stalwart transport, confronting both freezing temperatures and ice, and heat and dust, lifting men, animals, food and supplies vital for German military operations. This, the first of two books on the Ju 52/3m, details its service as a bomber in Spain and in South America, followed by its pivotal role in early war operations during the invasions of Poland and France, the airborne invasion of Crete and the early stages of Operation Barbarossa.