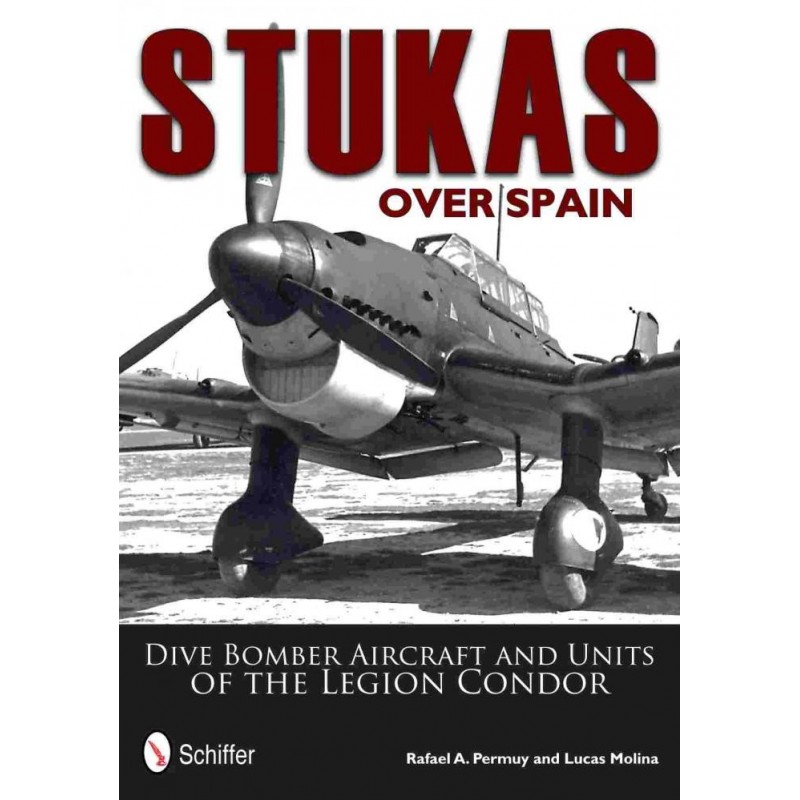 STUKAS OVER SPAIN. Dive Bomber Aircraft and Units of the Legion Condor.

In this concise study, the infamous Luftwaffe Stukas of World War II are shown in their earlier use during the Spanish Civil War as part of the Legion Condor. Using text and photographic material from both Spanish and German archives, the famous Junkers Ju 87 and the lesser known Henschel Hs 123 are shown in rare war-era photographs, as well as in color profiles. The operational and technical details of both dive-bomber aircraft types are also presented, as well as the histories of the units that flew them.

STUKAS OVER SPAIN. Dive Bomber Aircraft and Units of the Legion Condor.