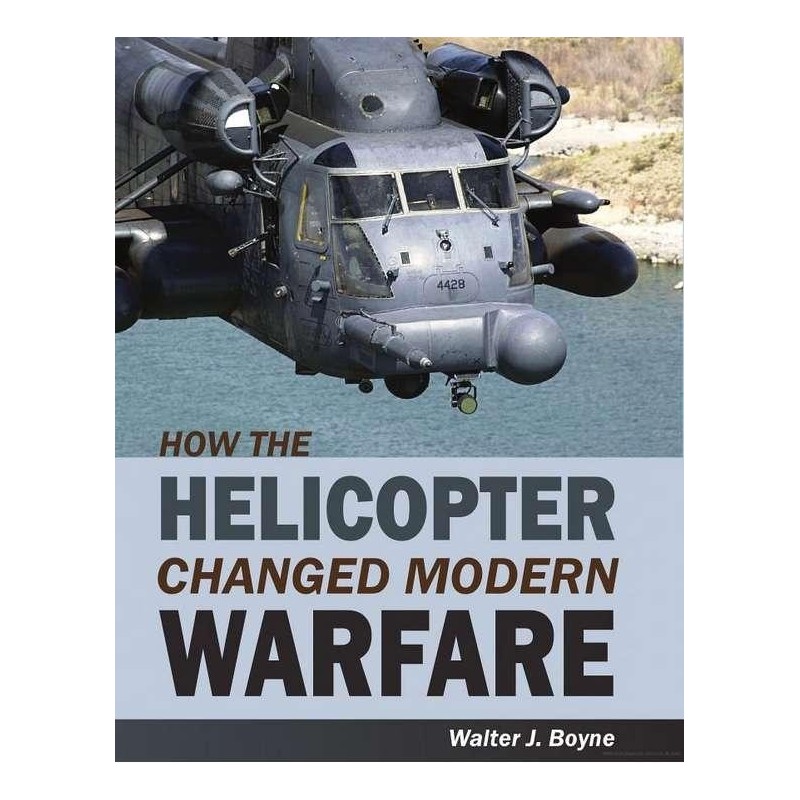 From its introduction to warfare in the 1940s to its role in Middle East operations, the helicopter has had a profound effect on military tactics and techniques. It has evolved from a means of transport to a precise component of the Special Operations Force. Apart from the challenges its design faced on the battlefield, this rotary-wing aircraft also faced opposition from the very military that employed it. Author Walter J. Boyne leads readers through production designs and their connection to specific military strategies that helped the helicopter define its role in combat. Although its contributions to reconnaissance, transport, assault, and attack made it an invaluable tool during warfare, the helicopter suffered from the different services' focus on other arms and technology. Boyne expresses a vigorous frustration that, due to several equally patriotic, well-intended leaders who had different agendas and priorities, the current helicopter design is still outdated by thirty to forty years, leading to an unacceptable number of casualties.Throughout Boyne's analysis, he highlights the great strides that the helicopter has made and those who have believed in its potential. He pays tribute to Vietnam's Dustoff crew, who flew into the middle of combat to rescue wounded soldiers. Crediting General Bill Creech with revolutionizing the Tactical Air Command, Boyne points out how this one man's contributions are continuing to serve American troops well in the Middle East. From all of its advancements to its setbacks, the history of the military helicopter is a fascinating ride from invention to adaptation.