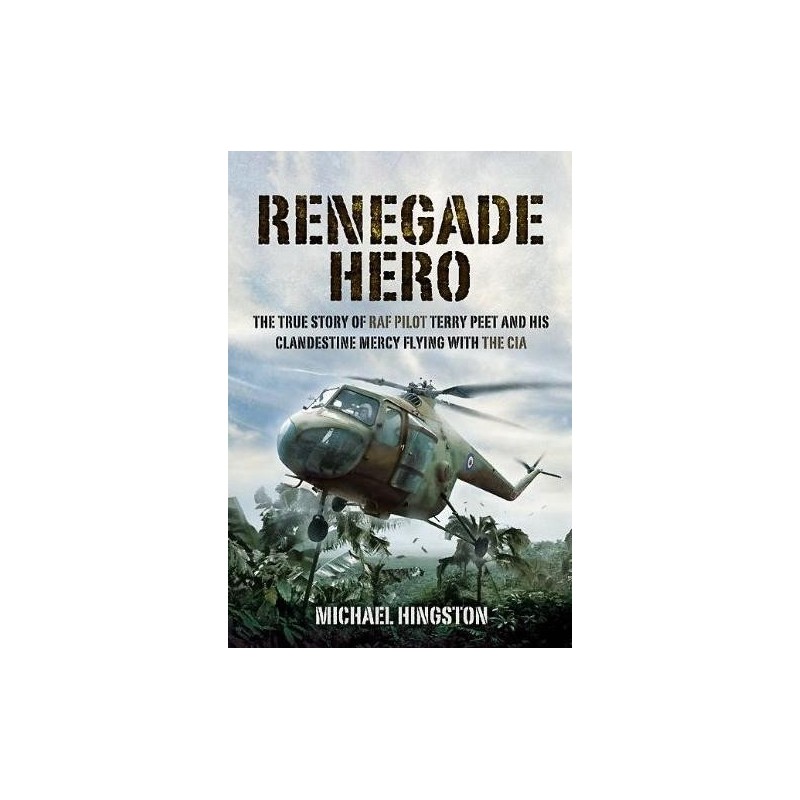 Cold war helicopter ace Terry Peet lived for flying. He was a go anywhere, do anything, Royal Air Force pilot with a reputation for sheer guts. Whether ferrying troops to remote jungle landing zones or snatching casualties from makeshift clearings surrounded by two-hundred-feet high trees, he willingly pushed himself and his primitive Sycamore helicopter to the limit. During two years in the hot spots of Malaya and Borneo with the RAF, he repeatedly cheated death and earned a Queens Commendation for Valuable Service in the Air. Then suddenly he disappeared without trace, apparently drowned tragically while on a recreational scuba dive off the North Wales coast. Six years later he dramatically reappeared in a back-from-the-dead drama worthy of fiction. The media hailed him enthusiastically as a renegade hero and Flying Pimpernel when the story of his mysterious disappearance and subsequent extraordinary double life unfolded.

In fact he had been recruited by the CIA for a clandestine air force involved in paramilitary operations in the former Belgian Congo. He was told that his departure from the RAF had to be covert. The summary presented in his eventual court martial crucially omitted this. It also failed to disclose that his employment as a mercenary, or contract pilot to use the CIAs more inoffensive terminology, received the tacit approval of British intelligence. Moreover, a claim that the RAF had not seen or heard anything of him following his disappearance in Anglesey was completely untrue.