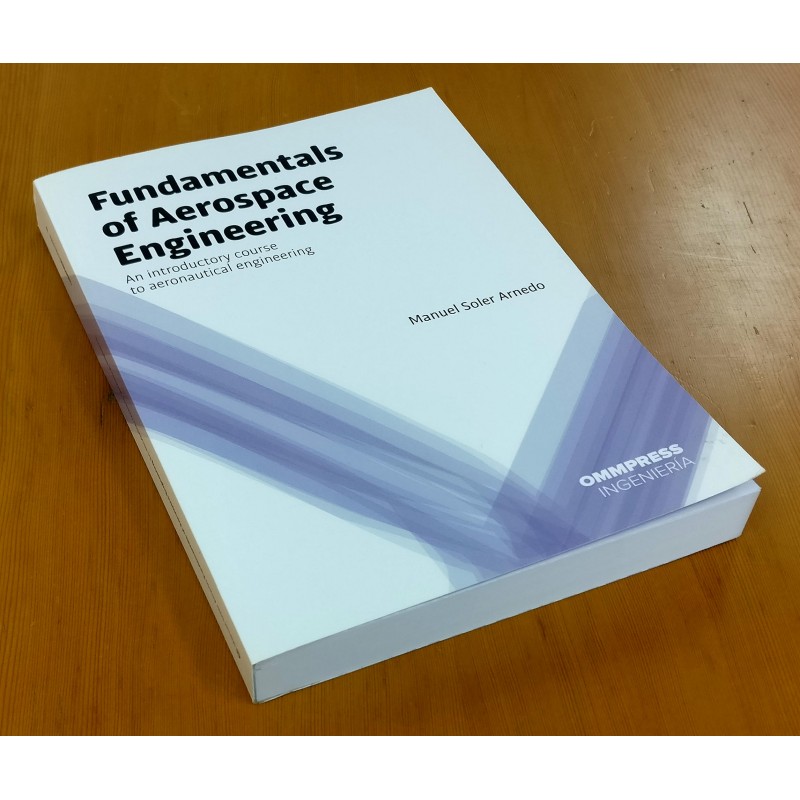 FUNDAMENTALS OF AEROSPACE ENGINEERING. An introductory course to aeronautical...

The book is divided into three parts, namely: Introduction, The Aircraft, and Air Transportation, Airports, and Air Navigation.

The first part is divided in two chapters in which the student must achieve to understand the basic elements of atmospheric flight (ISA and planetary references) and the technology that apply to the aerospace sector, in particular with a specific comprehension of the elements of an aircraft. The second part focuses on the aircraft and it is divided in five chapters that introduce the student to aircraft aerodynamics (fluid mechanics, airfoils, wings, high-lift devices), aircraft materials and structures, aircraft propulsion, aircraft instruments and systems, and atmospheric flight mechanics (performances and stability and control). The third part is devoted to understand the global air transport system (covering both regulatory and economical frameworks), the airports, and the global air navigation system (its history, current status, and future development). The theoretical contents are illustrated with figures and complemented with some problems/exercises. The problems deal, fundamentally, with aerodynamics and flight mechanics, and were proposed in different exams.

FUNDAMENTALS OF AEROSPACE ENGINEERING. An introductory course to aeronautical...