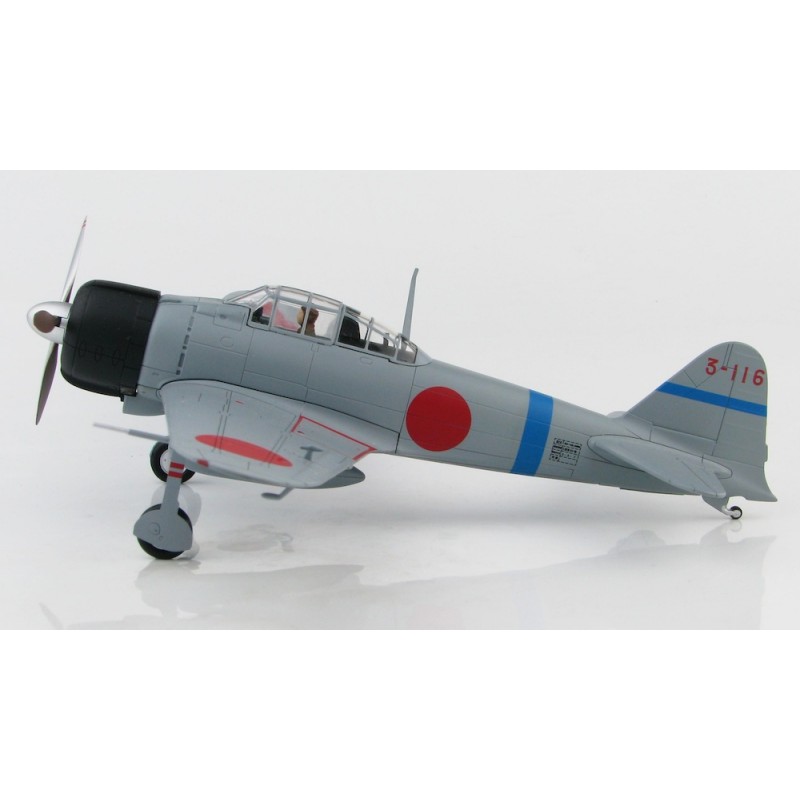 The A6M entered service in 1940 and became known as the Zero because of the Japanese designation of Type 0 Carrier Fighter. The Zero technology was years ahead of any other fighter and had no problem clearing the skies of opposing aircraft. There were numerous variants of the Zero including the folding wing A6M2 Model 21 designed for carrier operations. The A6M2 was the most produced Japanese aircraft of WWII. As the war went on the Model 21 would be the Zero variant that most Allied pilots would encounter.

The 12th Kokutai was formed on July 11, 1937 equipped with 12 Type 95 fighter aircraft. In the summer of 1940 the new A6M Zero arrived and between August 1940 and September 1941 Zeros claimed 103 aerial victories and 163 aircraft damaged or destroyed on the ground with 2 Zeros lost and 39 damaged. There are 28 victories painted on the tail that represent the unit score and Lt. Minoru Suzuki is credited with 8 victories. The 12th Kokutai was disbanded on September 1941.