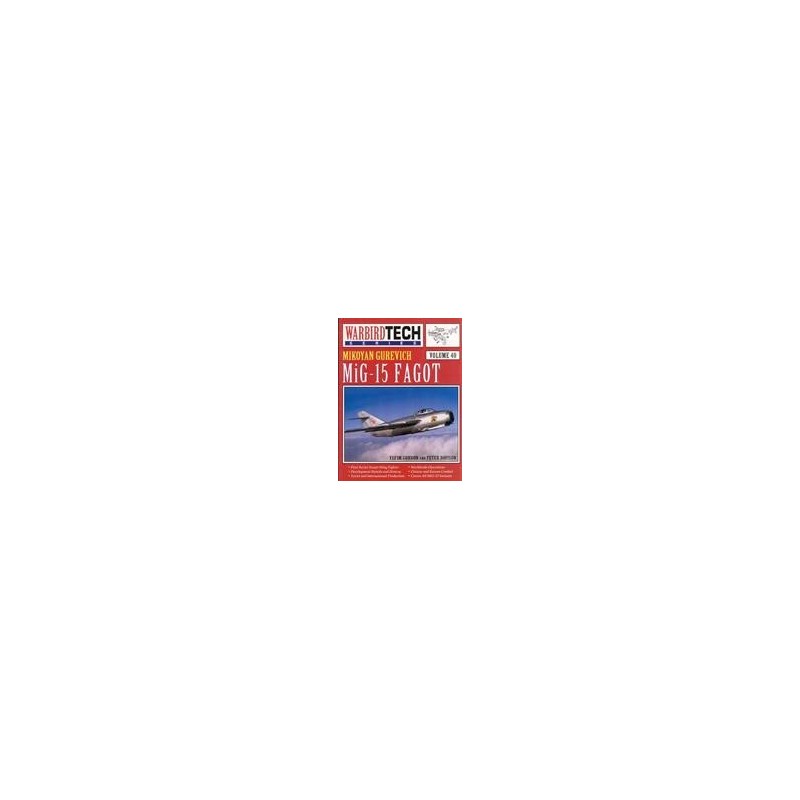 In the years following World War II, many nations made use of captured German technology, and given the pressures of the incipient Cold War, Soviet engineers often had very little time to produce an answer to the West. As a result, the MiG-15s designers made use of German technologies and a British powerplant, which served to accelerate the fighters development.

The MiG-15 had a long service career and was built in huge numbers both within and outside the Soviet Union. The main factors in the MiG-15s success were a turbojet rated at over 2,000 kg (4,409 lb) of thrust, a new configuration with swept wings and empennage, and new pilot survival aids including an ejection seat. These, together with heavy armament and ease of manufacture and operation, made the MiG-15 a superb fighter jet. In fact, it paved the way for Soviet fighter design for the next decade.

Authors Yefim Gordon and Peter Davison use a combination of over 300 photos and drawings to tell the story of the MiG-15. Topics covered include design, development, structural detail, international production, a comparison between the MiG-15 and the F-86 Sabre, and an account of the MiG-15s involvement in China and Korea.