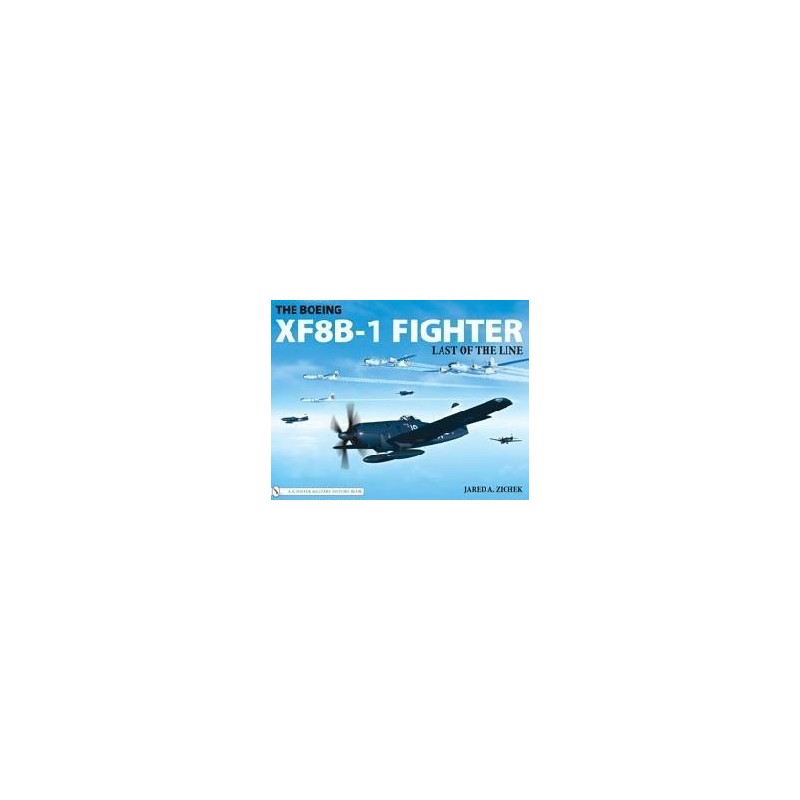 THE BOEING XF8B-1 FIGHTER. Last of the Line.

The Boeing XF8B-1 "Five-in-One" fighter was the last piston engine fighter built by Boeing and very nearly the last fighter built by the company until its merger with McDonnell Douglas in 1997. Conceived in 1943, the XF8B-1 was unusual for a naval fighter in having an internal bomb bay, tremendous range, and counter-rotating propellers, the latter necessitated by its huge Pratt & Whitney R-4360 "Wasp Major" engine, a 28-cylinder air-cooled radial that produced a staggering 3,500 hp. An exhaustive account based on extensive research at the National Archives and Boeing Historical Archive, this book contains an authoritative text along with hundreds of rare photos, general arrangement drawings, color profiles, artist's impressions, and extensive extracts from the pilot's and maintenance manuals.

THE BOEING XF8B-1 FIGHTER. Last of the Line.