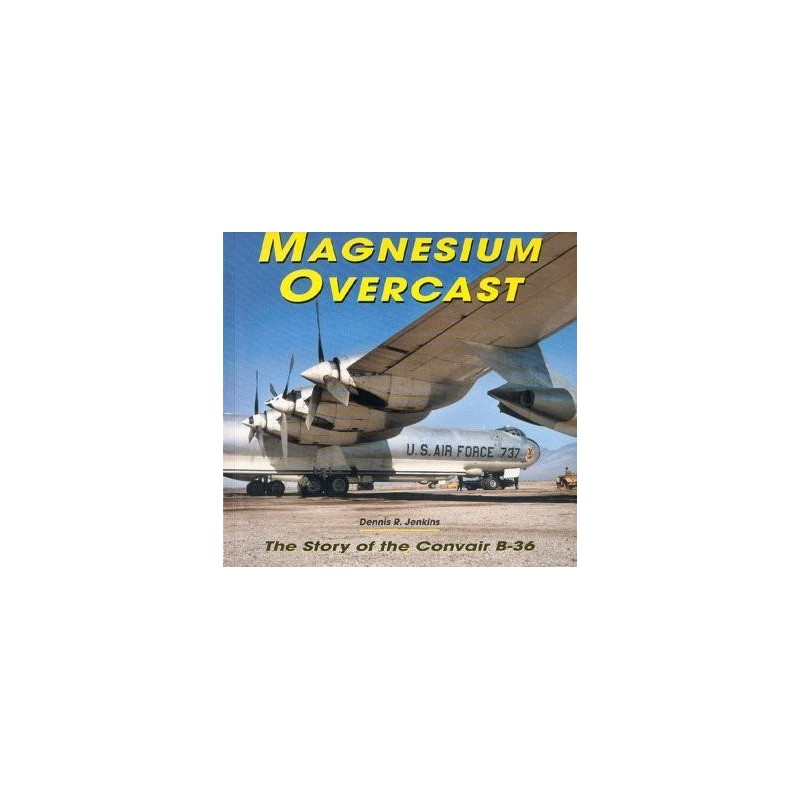 MAGNESIUM OVERCAST. The Story of the Convair B-36.

The Convair B-36 "Peacemaker" was the ultimate statement of American air power at the beginning of the Cold War. An intriguing mix of proven World War II concepts and 1950s high-tech innovations, the aircraft would spark more controversy than any weapon system ever built until the ill-fated Star Wars system of the late 1980s.

Extensive research at various archives around the country have uncovered new and previously unpublished details about the B-36 and its derivatives. Among these are the first-ever photos of the never-flown second prototype YB-60 all-jet version, details about Convair's flying-boat version of the XC-99 cargo aircraft, and technical information of the stillborn Variable Discharge Turbine B36C variant.

Includes extensive photographic coverage of the devastating 1952 Texas tornado that severely damaged and grounded a good portion of the B-36 fleet. A detailed serial number list covers each airplane and its final disposition, and a chapter covers the efforts to reclaim and scrap the aircraft as they were taken out of service.

MAGNESIUM OVERCAST. The Story of the Convair B-36.