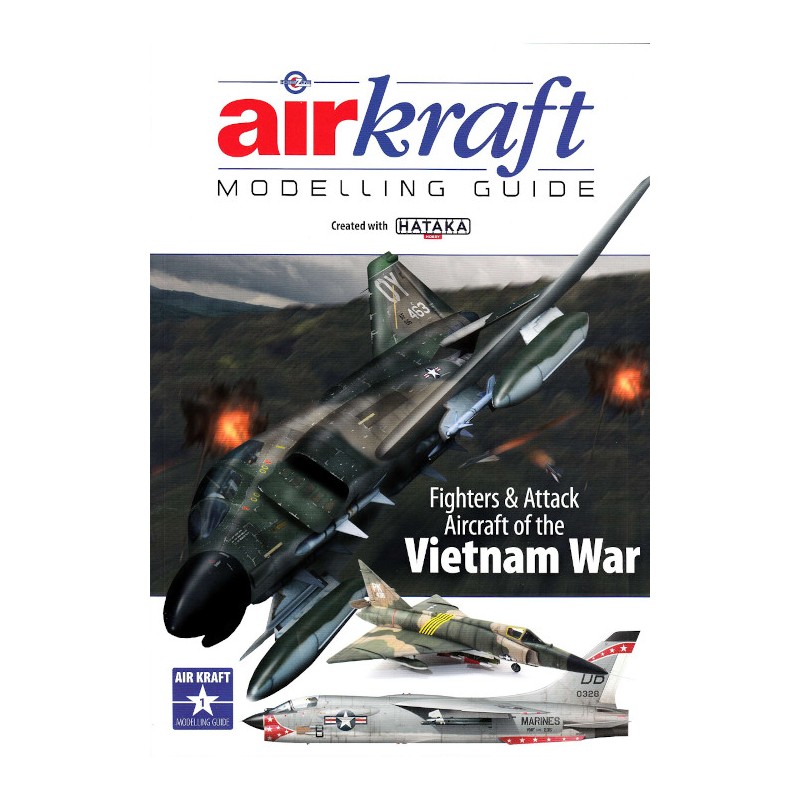 The use of air power in Vietnam would change the way wars were fought in the twentieth century and beyond. New technological advances and more sophisticated weapons made the Vietnam War a testing ground for the US military, and new tactics and approaches were used and to varying degrees of success, and introduced the attack helicopter as a vital weapon. Jet bombers and fighters were used extensively for the first time in the history of modern warfare, whilst a few older propeller driven aircraft also saw a resurgence. There are many differences of opinion regarding the effectiveness of the air campaign during the Vietnam War, however, for aviation historians, enthusiasts and modellers, the conflict in Southeast Asia produced a plethora of aircraft types, camouflage schemes, marking options and weapons loads. So now some of these eclectic types are brought together in this new 'AirKraft Modellers Guide', created by paint manufacturer Hataka, and HobbyZone, the people behind Scale Aviation Modeller International, Model Aircraft Magazine, and the Modellers Datafile book series. This new guide to 'Fighters and Attack Aircraft of the Vietnam War' is the first in a new series of books, and features no fewer than 20 build projects, which guide you through building such iconic aircraft as the F-4 Phantom, F-8 Crusader, B-57 Canberra, MiG-21 and F-100 Super Sabre, to name but a few. Brought to you by some of the best modellers around, each project shows you 'how-to' apply camouflage, add detail to the airframes, and looks at such areas as cockpits, weathering, decaling and painting ordnance, and details of the war roles of each type. This new book will be an invaluable resource for anyone interested in modern combat aircraft, and particularly those involved in the Vietnam War!