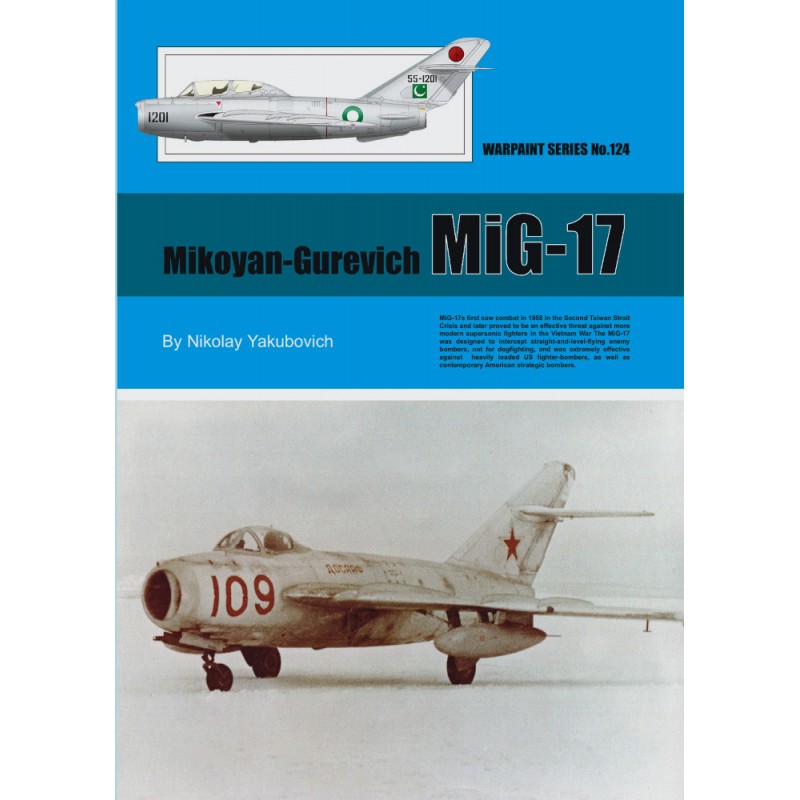 Mikoyan-Gurevich MiG-17 Author Nikolay YakubovichThe Mikoyan-Gurevich MiG-17 Fresco followed on from the successful MiG-15 design providing the Soviet air forces with a high-subsonic fighter aircraft that was able to holdits own against many of the NATO aircraft of its day. MiG-17s first saw combat in 1958in the Second Taiwan Strait Crisis and later proved to be an effective threat against more modern supersonic fighters of the United States in the Vietnam War. Produced in the USSR from 1952 and operated by numerous air forces in many variants, the aircraft was license- built in China as the Shenyang J-5 and Poland as the PZL-Mielec Lim-6. This latest addition to the Warpaint series follows on from the acclaimed title on the MiG-15 and draws on original Soviet documentation to provide a very thorough technical and historical account of the aircraft's development and service. Once again author Nikolay Yakubovich has provided an authoritative text backed up by historical images and colour artwork and scale drawings to the same standard by artist Andrey Yurgenson.