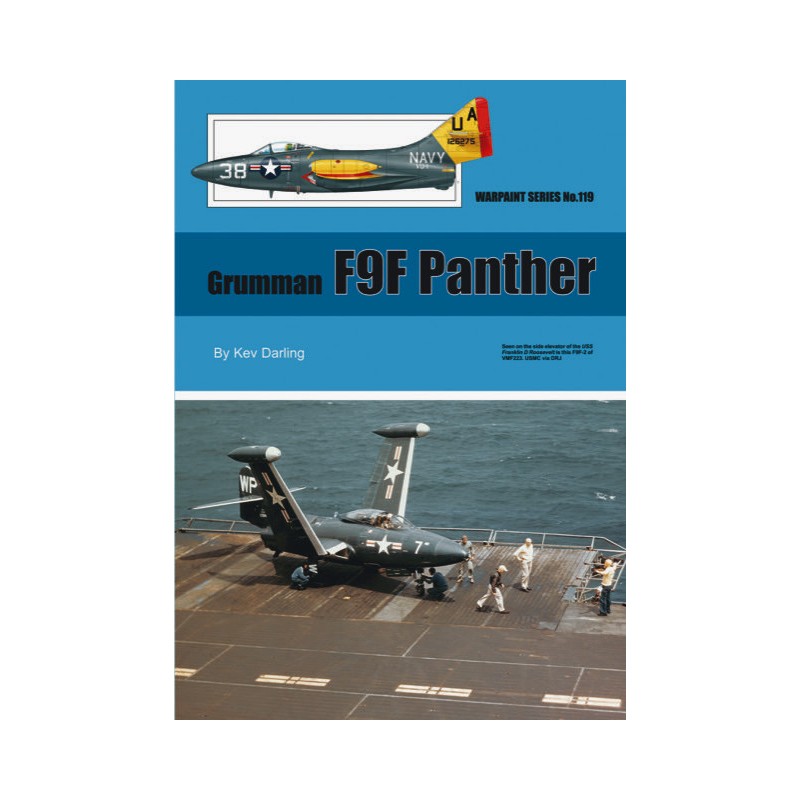 When the US Navy decided to enter the jet age it was no surprise that it turned to Grumman for its first carrier borne jet fighter bomber with a recon option. The first design produced by the company was a mighty beast, more akin to a bomber than a fighter. Unfortunately American jet engine development was concentrating mainly on the turbojet, a slow process as little was really known about manufacturing such a powerplant. Back to the drawing board and Grumman designed a small straight winged single engined machine that would be powered by a centrifugal engine. However, America was going through an 'American stuff only' period therefore an overseas powerplant was put of the question, or was it? The problem would be solved by having the Rolls Royce Nene license manufactured by Pratt & Whitney as the J42. As insurance the Allison J33 was selected to power one batch of aircraft although all were converted to the J42 later. The resulting aircraft would be designated the F9F Panther and would enter squadron service at a fairly steady pace although this quickened once the United States found itself embroiled in the Korean War. The Panther proved itself to be a tough bird although there was the odd mix 'n' match that resulted in a blue tailed fly! The remaining Panthers would finally leave USN service in the early 1960s. The only overseas operator of the type was Argentina who also used them as carrier aircraft. This book is written by Kev Darling and is superbly illustrated by Richard J. Caruana.