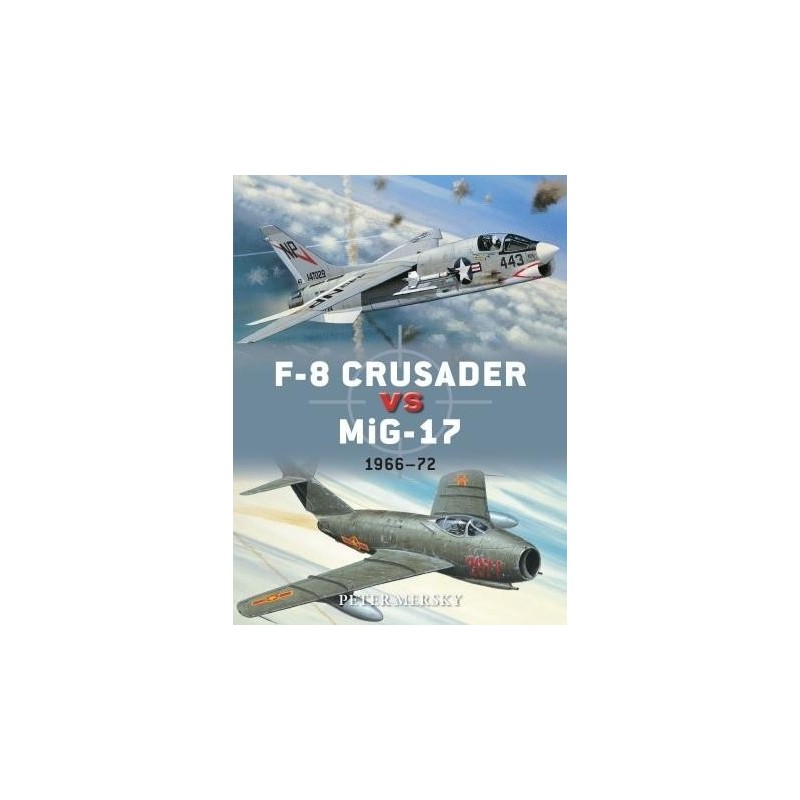 Revered by Naval Aviators as the "last of the gunfighters" due to its quartet of Colt-Browning Mk 12 20 mm cannon (its great naval rival, the F-4 Phantom II, was exclusively armed with missiles), the F-8 Crusader enjoyed great success against VPAF MiG-17s during the Rolling Thunder campaign of 1966-68. The fighter was credited with 18 kills, 14 of which were MiG-17s. Things did not go all the Crusader's way, however, as VPAF pilots used the MiG-17's unequalled low-speed manoeuvrability, small size and powerful cannon armament to take the fight to their gun- and missile-equipped foes. The North Vietnamese pilots claimed ten F-8s and one unarmed photo-recce RF-8 shot down, although only four of these successes could be matched with known US Navy losses. Nevertheless, the duels fought between these two aircraft were some of the hardest of the war, as the Crusader pilots did their level best to defend vulnerable carrier-based attack aircraft striking at targets deep in North Vietnam.