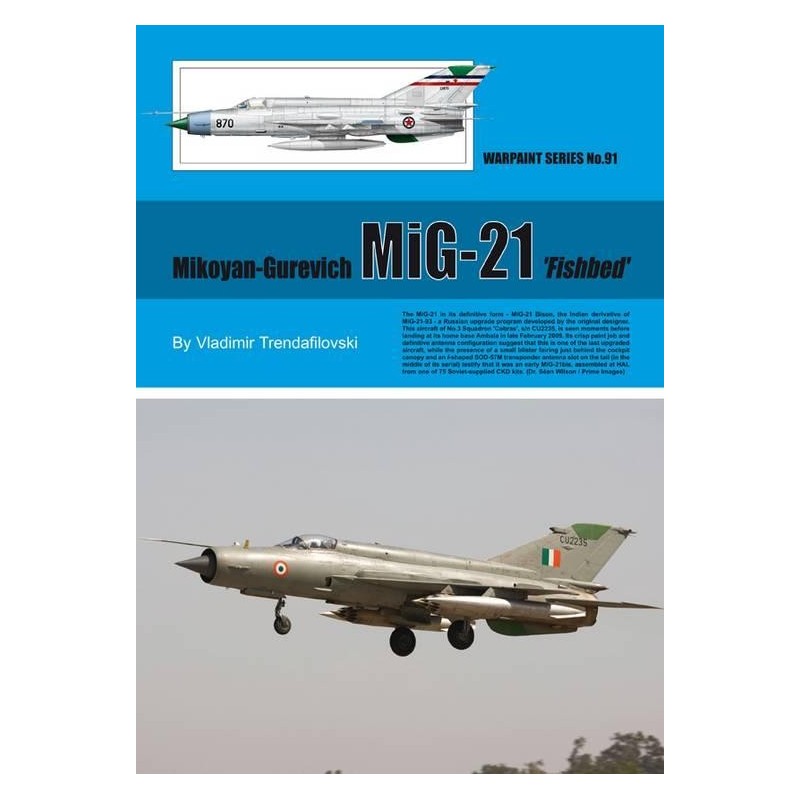 The Mikoyan-Gurevich MiG-21, also known by its NATO codename Fishbed, is undoubtedly a phenomenon in the field of military aviation - designed over 50 years ago, it remains in service even today.

Just as the ubiquitous Kalashnikov AK-47 assault rifle, it was a successful product of the Soviet weapons design doctrine - simple, reliable and durable - built in large quantities and distributed throughout the world. Unsurprisingly, this has made the MiG-21 the most produced supersonic jet aircraft in the world with the longest combat aircraft production run in aviation history so far, reaching a total of 11,000+ examples delivered during full 28 years of series production that did not go on in the USSR alone, but also under licence in factories in the former Czechoslovakia and India.

Thus, nowadays the MiG-21 series of aircraft still rank as one of top 10 combat aircraft still in service with at least 500 aircraft in an airworthy condition with no less than a dozen user-countries, while the total of aircraft that are still considered in service and on strength is almost double that figure.

With the service life of the last produced examples due to expire in 2017, the MiG-21 is not yet going to become a museum piece or a warbird collector item, but will continue to serve as it did decades ago.

This WARPAINT is an attempt to bring new information on this very complex subject to the modeller and enthusiast, providing not only the complete development and service history of the MiG-21's numerous variants and sub-variants, but also a very detailed service history of the type in former Yugoslavia - theme that has not yet been addressed so properly and in such detail, bringing many quality photographs that are never seen before.

In combination with the superb colour profiles by Richard Caruana, showing aircraft from almost all the user-countries, this WARPAINT title is not to be missed by anybody interested in this type which is one of the world's most important aircraft that served not only as a combat aircraft, but also as an advanced jet trainer - paving the way to the sky for numerous generations of pilots throughout the world.