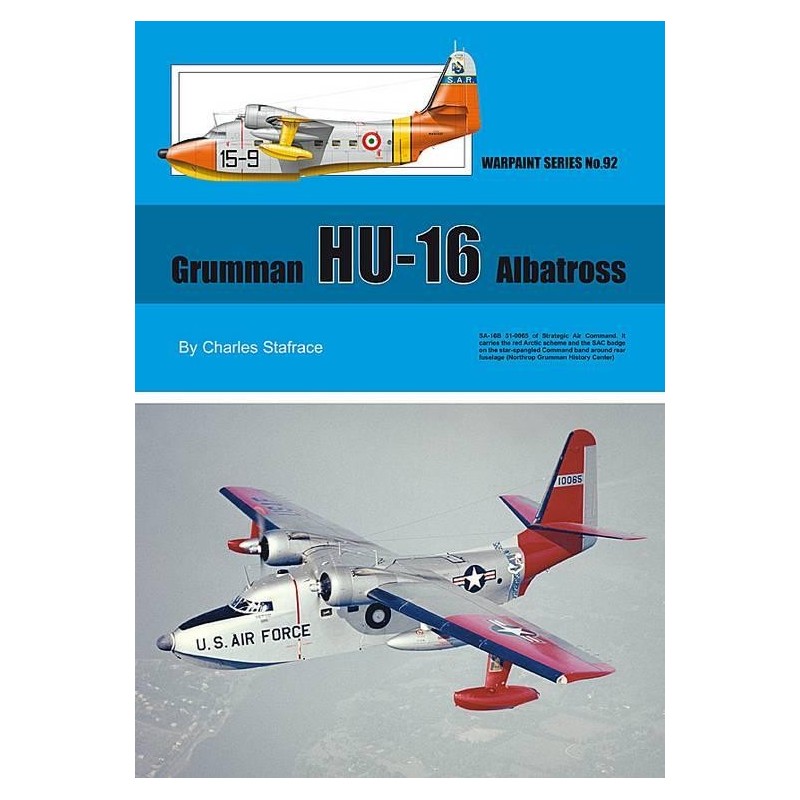 The HU-16 Albatross was the last important amphibian flown by the United States military services. It also had the distinction of becoming the most used amphibian by different air forces around the world, no less than 21 air arms having it on their complement, at some time or other, from the mid-1950s to 1995. The Albatross was flown in a variety of roles but principally in its designated tasks of Search and Rescue and anti-submarine warfare. It participated in the Korean and in the Vietnam Wars, and was utilised for clandestine missions during the peak of the Cold War. The crews of the unarmed Albatrosses very often risked their lives to save the lives of others, not only fighting against the elements, but in many instances coming under enemy fire when carrying out rescue operations in war zones. Yet, its record and the efforts of its crews remained mostly unsung, because the combat types usually gain all the glamour. In this latest Warpaint title, Charles Stafrace gives an account of the Albatrosss origins, production, and operational record in peace as well as in war, complete with serials, versions used, and squadron information, not only in United States service but also in those of the 21 other air arms. No fewer than 119 colour and B&W photos, as well as scale and colour drawings by Richard J Caruana, illustrate the account.