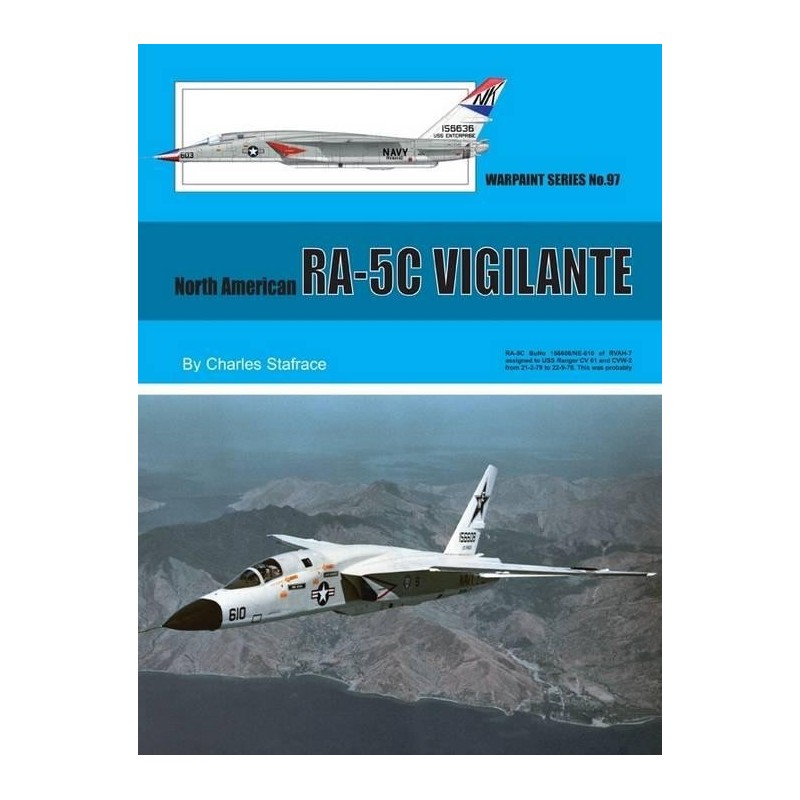 The North American Vigilante was an aircraft of extraordinary performance, and introduced aerodynamic, technological and electronic features that were much ahead of their time, and which were to become standard in combat aircraft that followed it.

It started out as a shipboard nuclear attack bomber, but when the Navys nuclear attack task was given to Polaris submarines, the Vigilante risked extinction. Reluctant to lose such an advanced aircraft, the US Navy came up with the idea that it needed a shipboard Mach 2 long range reconnaissance bomber, and North American, with little effort, converted the Vigilante to carry out this mission.

In this new role, the Vigilante provided the US Navy with an unparalleled wide-ranging reconnaissance capability that was to remain unavailable to the Service after the Vigilantes retirement until the TARPS-equipped F-14 Tomcat came around in the 1980s. The recce Vigilante entered the scene just in time for the Vietnam War, during which its crews often risked their lives in order to bring back much needed information on the enemy.

The aircrafts two big engines and its aerodynamic shape gave the Vigilante an easy Mach 2.2 performance, enough to outrun its escorting F-4 Phantom, and making it the fastest aircraft ever to operate from an aircraft carrier until the arrival, again, of the F-14 Tomcat. Yet, the Vigilante remained one of those unsung heroes, and its demise from US Navy service went largely unnoticed.

This book tries to somewhat redress this injustice with the latest Warpaint title, which contains no less than 125 photos, many of which are in colour, seven pages of colour artwork, and 60 pages of text that describes the development and operational career of both the bomber and reconnaissance versions of this remarkable aircraft.

This book is written by Charles Stafrace and is superbly illustrated by Richard J.Caruana.