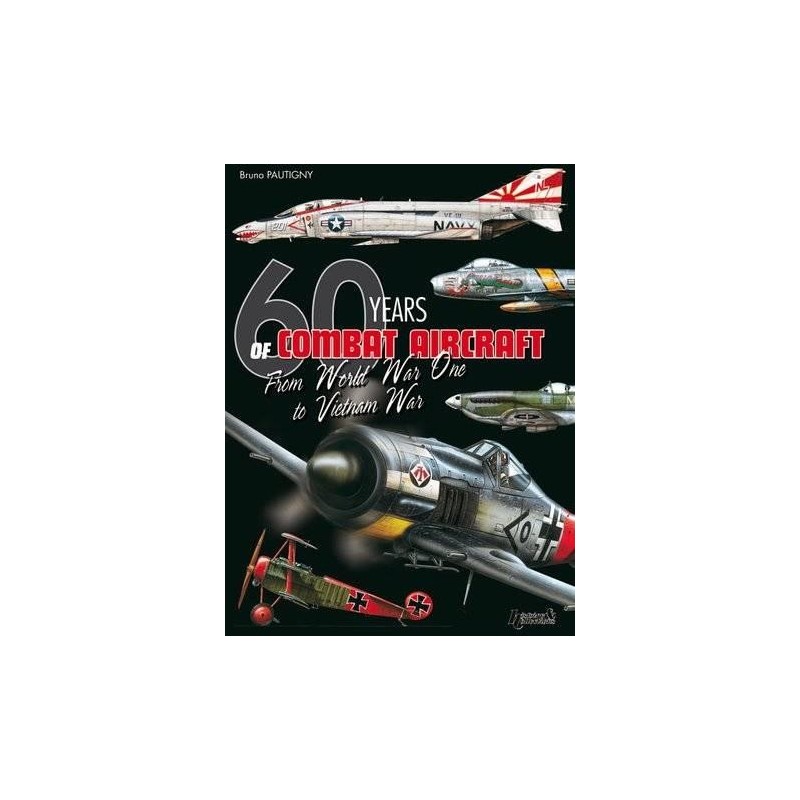 From the Battle of the Marne to the end of the Vietnam War, this first half of the 20th Century must undeniably be considered as quite representative of aerial warfare.

With the 400 colour profiles and illustrations contained in this book, Bruno Pautigny, the world famous illustrator, paints the technical portraits of the most famous fighters and bombers of all the great conflicts of the previous century: First and Second World Wars, Indochina, Korea and Suez, Algeria, Vietnam, etc.