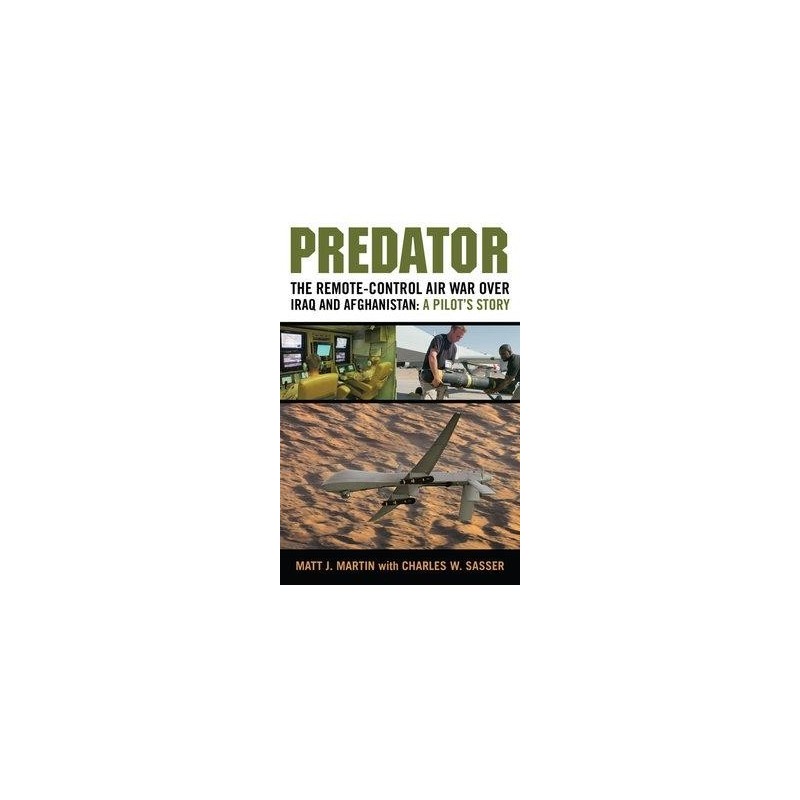 PREDATOR. The remote-control air war over Iraq and Afghanistan: A Pilot's Story.

The Nintendo generation has taken to the battlefields of Iraq and Afghanistan where remotely controlled aircraft are killing America¹s enemies and saving American lives.

Matt J. Martin is considered a "top gun" in the world of unmanned aerial vehicles (UAVs). For nearly four years, he has flown hundreds of missions on two warfronts in a new kind of combat that, until recently, was largely classified Top Secret. He and his fellow Predator pilots have been actively involved in virtually every facet of the War on Terror in Iraq and Afghanistan: tracking Osama bin Laden: capturing top al-Qaeda leader al-Zarqawi: fighting with the U.S. Marines in Fallujah: and rescuing aid workers kidnapped in Afghanistan by the Taliban.

This is Matt J. Martin's story and that of his aircraft, the 27-foot long Predator.

PREDATOR. The remote-control air war over Iraq and Afghanistan: A Pilot's Story.