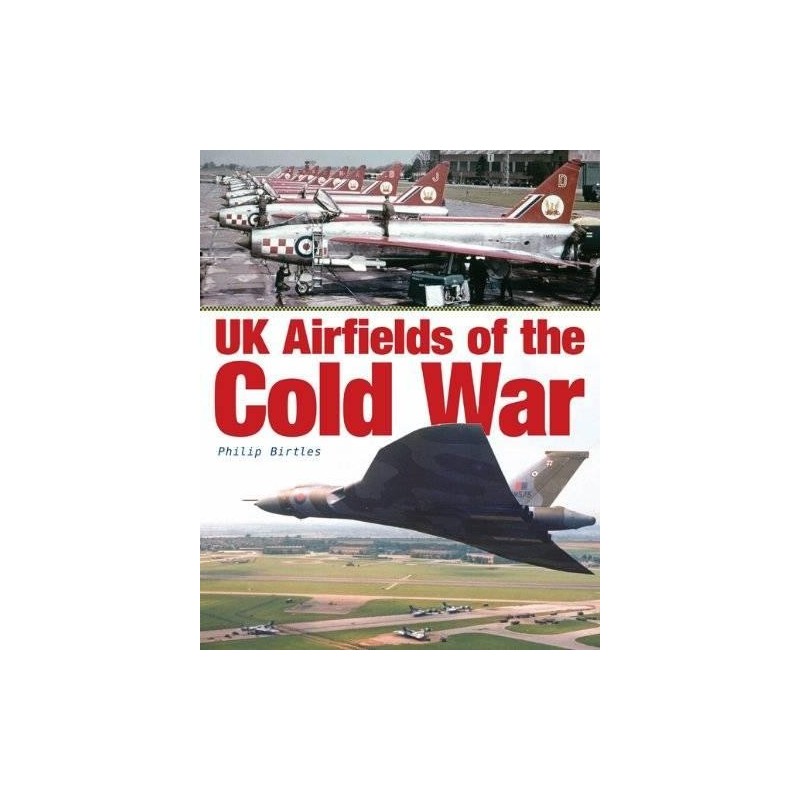 UK AIRFIELDS OF THE COLD WAR.

Written by an accomplished military aviation author, this new study is the result of many years of research, and will be essential reading for all historians of the period and keen aviation enthusiasts. There is growing interest today in the Cold War era in British history. This new book provides a new study of Cold War airfields that will be of interest to all those who study airfield history and archaeology. This new title provides a background to the Cold War airfields in Britain. Phillip Birtles gives readers an airfield by airfield coverage of those in operation from the start of the Cold War during the Berlin Air Lift in the late 1940s to the end of the Cold War with the fall of the Berlin Wall at the end of the 1980s. The book covers both RAF/FAA and USAF airfields in Britain, and charts the changes that took place at these airfields in this period including the development of aircraft from the first postwar jet aircraft to aircraft types that are still flying today. Alongside descriptive text outlining each airfield, the units and aircraft operating from that airfield and its role in the Cold War are also explained in great detail. Descriptive text is complemented by almost 200 contemporary photographs, colour and black and white, maps and airfield plans.

UK AIRFIELDS OF THE COLD WAR.