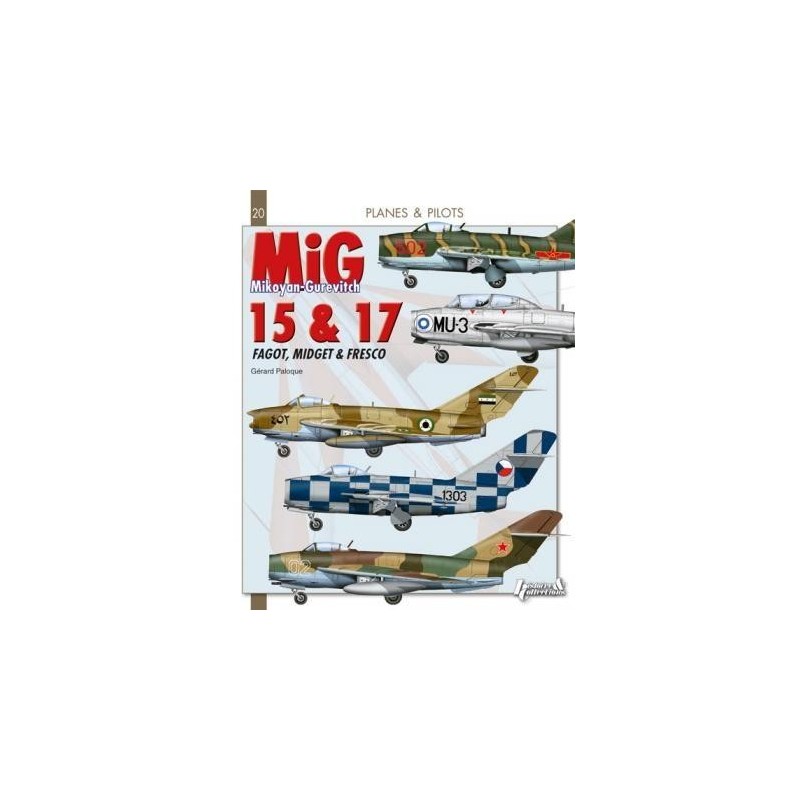 It was in 1950 at the start of the Korean War that the West discovered the MiG-15, the first jet-propelled fighter mass-produced by the Soviet Union. This fast, powerfully armed little machine, especially its improved version, the MiG-15bis, quickly turned out to be a formidable adversary for the United Nations forces since it could outdo all the fighters that they were able to put up into the air, a situation which lasted until the more developed variants of the famous F-86 Sabre arrived and wrested air supremacy back for the United States. In all, more than 13 000 Fagots the official NATO code-name were built, of which 3 440 were MiG-15UTI Midget two-seaters. The fighter was also licence-built in large numbers in Czechoslovakia, Poland and China. The Fagot had barely entered service before MiG designed its successor, the MiG-17 Fresco, which performed better and had different wings and of which more than 11 000 examples were built up till 1958, including several hundred in China and Czechoslovakia. Although the MiG-17 was withdrawn from service at the end of the sixties, it was very successful abroad, the Fresco being the most exported Soviet fighter until the arrival of its indirect successor the MiG-21.