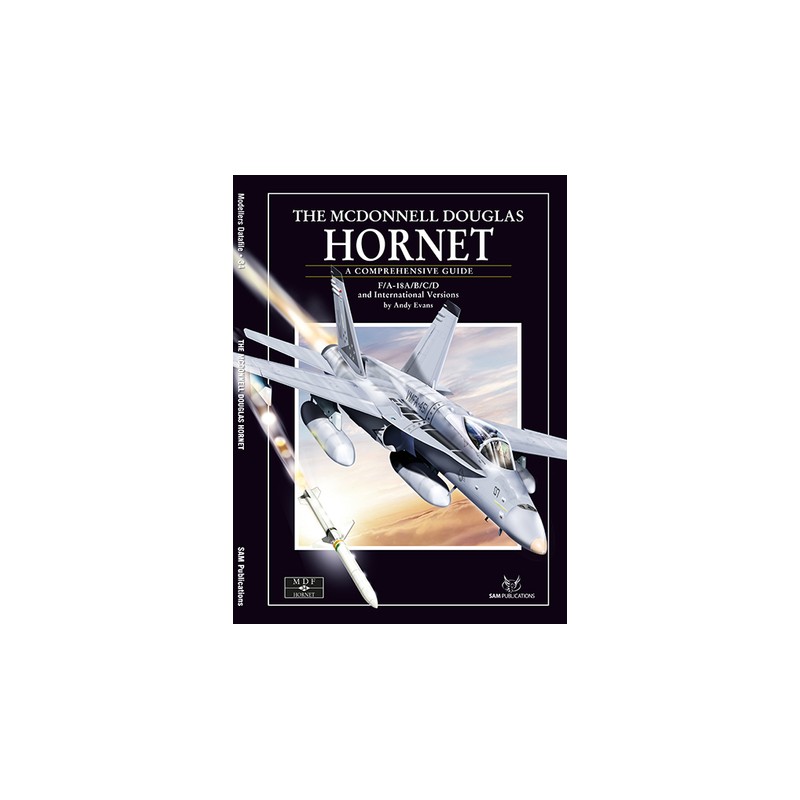 The F/A-18 was derived from the YF-17 `Cobra’ of the 1970s and destined for use by the United States Navy and Marine Corps, and able to carry a wide variety of bombs and missiles, including air-to-air and air-to-ground, supplemented by a 20mm M61 Vulcan cannon. The aircrafts primary missions are fighter escort, fleet air defence, suppression of enemy air defences, air interdiction, close air support, and aerial reconnaissance, and its versatility and reliability have proven it to be a valuable carrier asset. This new Datafile looks in depth at the ‘Legacy’ versions of the aircraft, these being the F/A-18A, B, C and D, and their background, operators and combat operations are brought together in one volume, which will be an invaluable resource for the modeller and enthusiast alike.