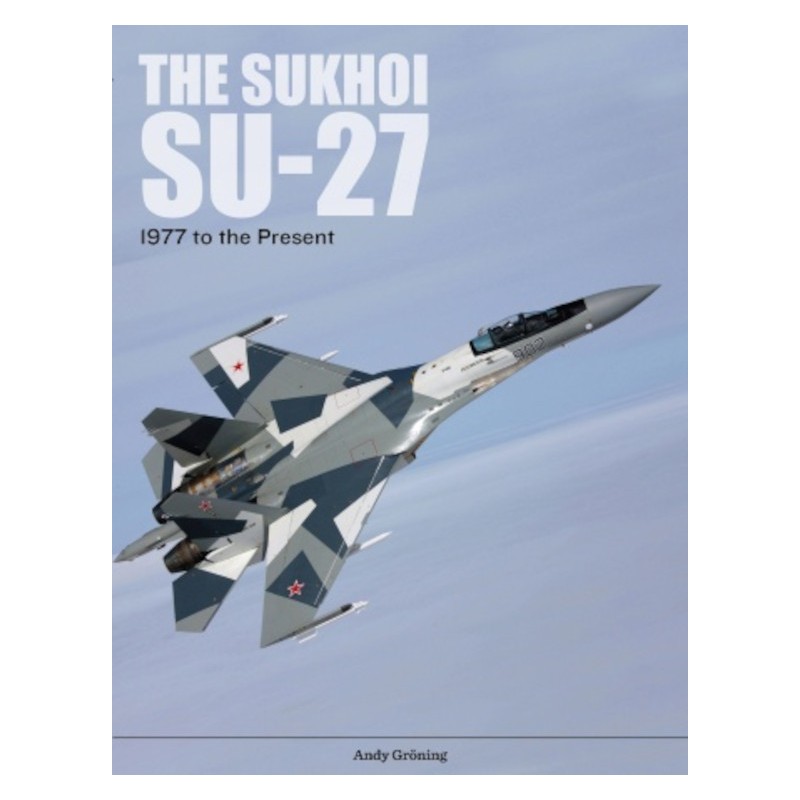 This detailed, illustrated look at the Russian Sukhoi Su-27 fighter aircraft features complete discussions of its design, construction, and operational use, as well as all technical systems and weapons. Developed in the 1970s as a match for the American F-15 “Eagle,” the aircraft remains one of the most important fighters in the current Russian arsenal, and has formed the basis for many variants including the Su-30, Su-34, and Su-35. Though larger than Russia’s famed MiG-29, it is extremely maneuverable and considerably more powerful. The Su-27 can also fly at extremely high angles of attack—an ability it is fond of demonstrating at airshows, along with its legendary “Cobra” maneuver. The Su-27 remains in production, and nearly a dozen countries—including China, India, and Vietnam—currently operate this high-performance aircraft. The book is superbly illustrated with more than 210 color images, and includes more than thirty color aircraft profiles displaying color schemes.