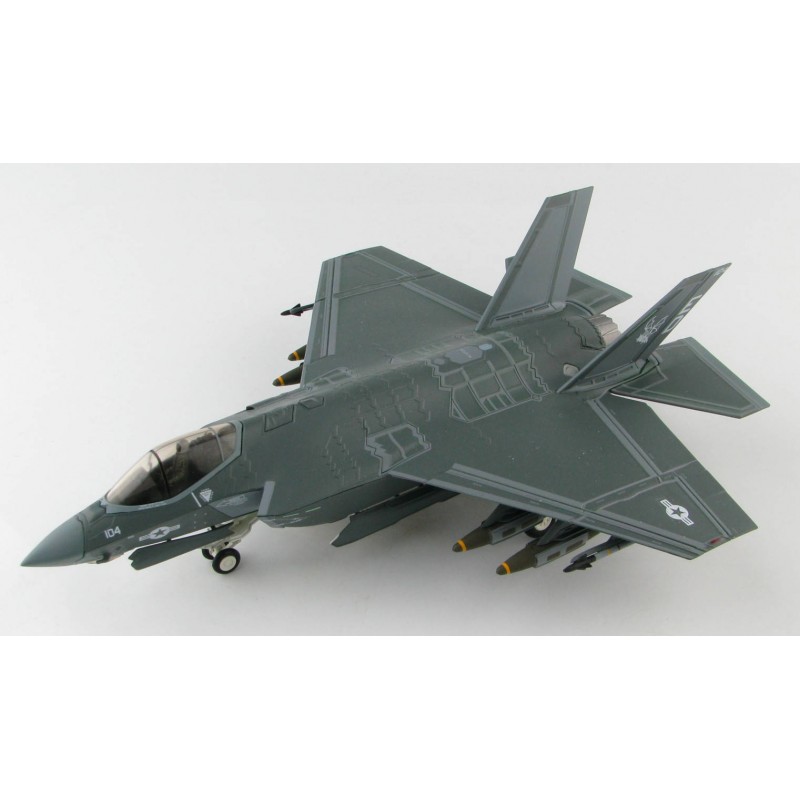 Lockheed Martin F-35C c/n CF-8 (USN Bu. No 168735) was the last test aircraft produced and performed its maiden flight on June 20, 2013 at NAS Fort Worth JRB (Joint Reserve Base). The aircraft was delivered to the USN on August 2, 2013 and in September was transferred on loan to the F-35 Integrated Test Force (ITF) at Edwards’ AFB VX-23 Squadron “Salty Dogs” serial ED-104. In August 2016 and still wearing ED-104 the aircraft was transferred to VX-9 “Vampires” also located at Edwards AFB.